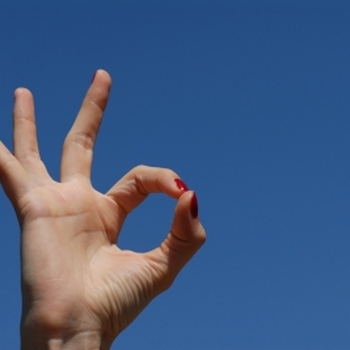 IPOs are delivering stellar returns to investors, with the average gain on the 21 companies that listed on the Australian Securities Exchange (ASX) in the second quarter sitting at 33.5%, an impressive outperformance of the S&P/ASX 200, which rose just 3.0%, according to the OnMarket Second Quarter IPO Report.  Of the 21 companies that listed in the second quarter, nine were from the IT sector, which was the most heavily represented, and the average return for those companies to June 30 was 10.7%. The best performing IPOs over the period were Abundant Produce, up 370% since listing on April 26, Graphex Mining up 160% and ApplyDirect up 70%, all were smaller cap IPOs. 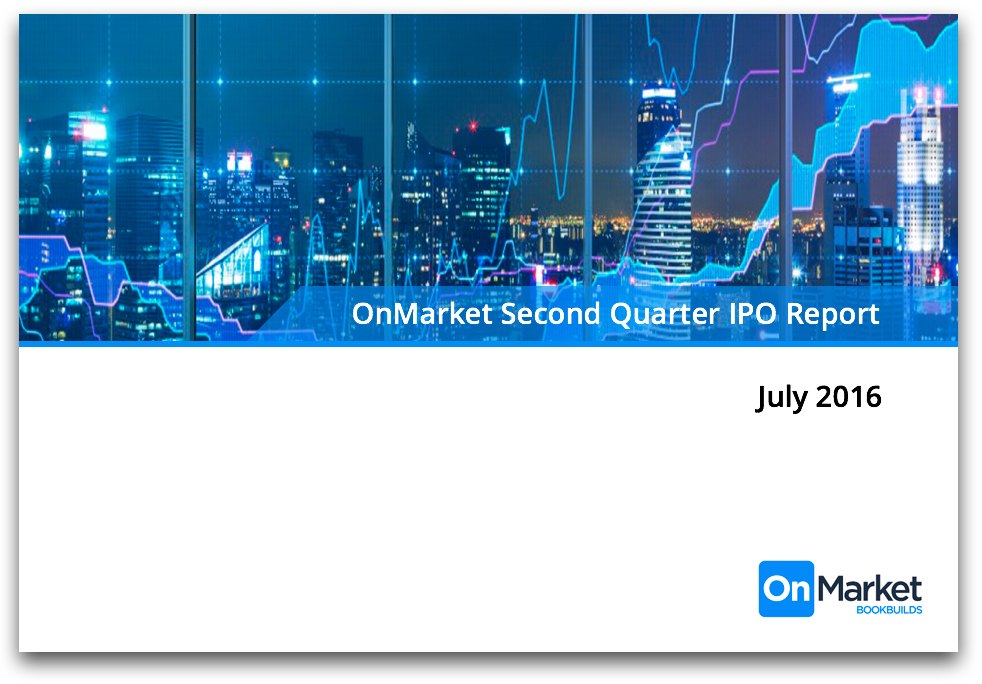 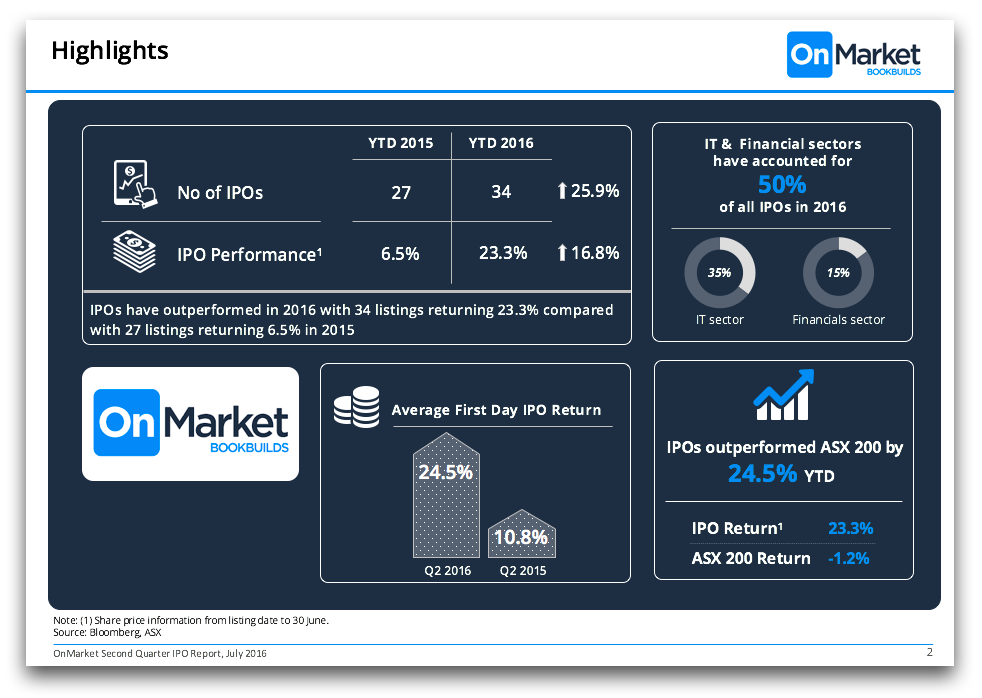 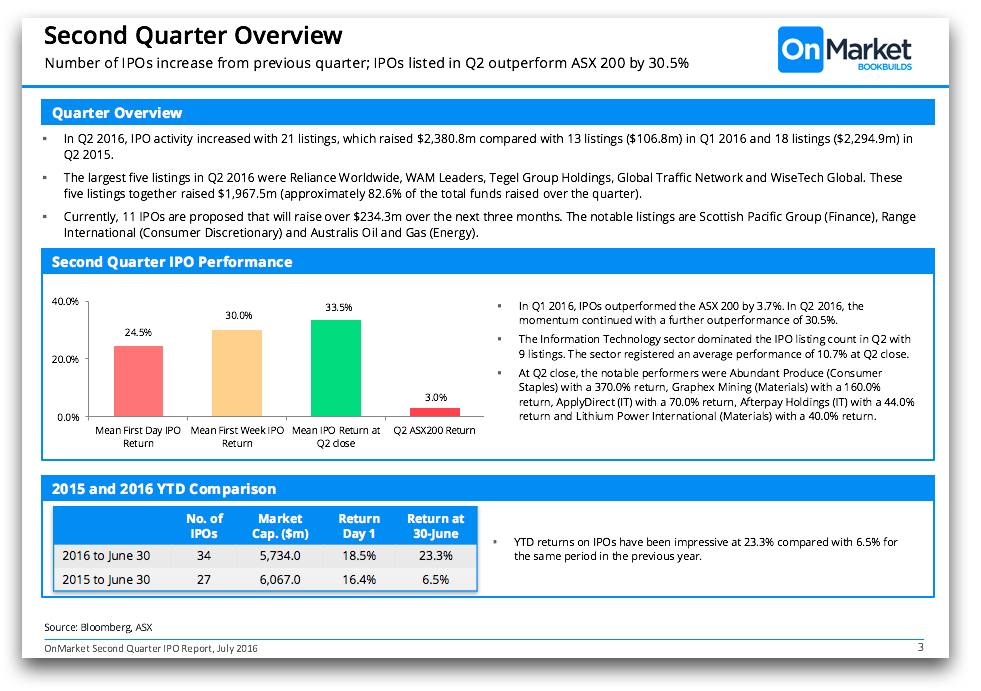 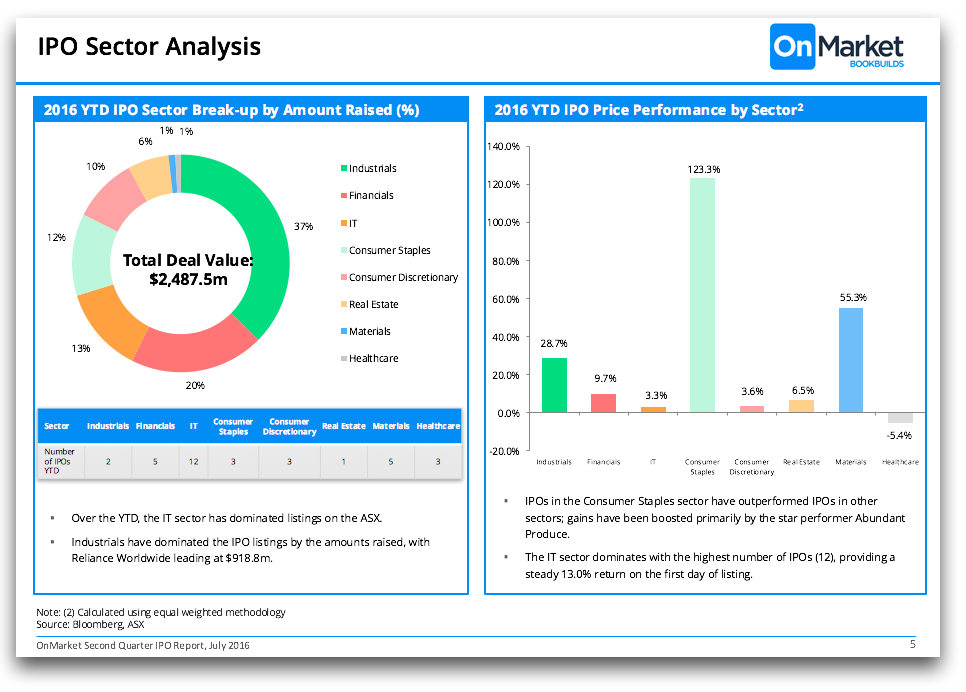 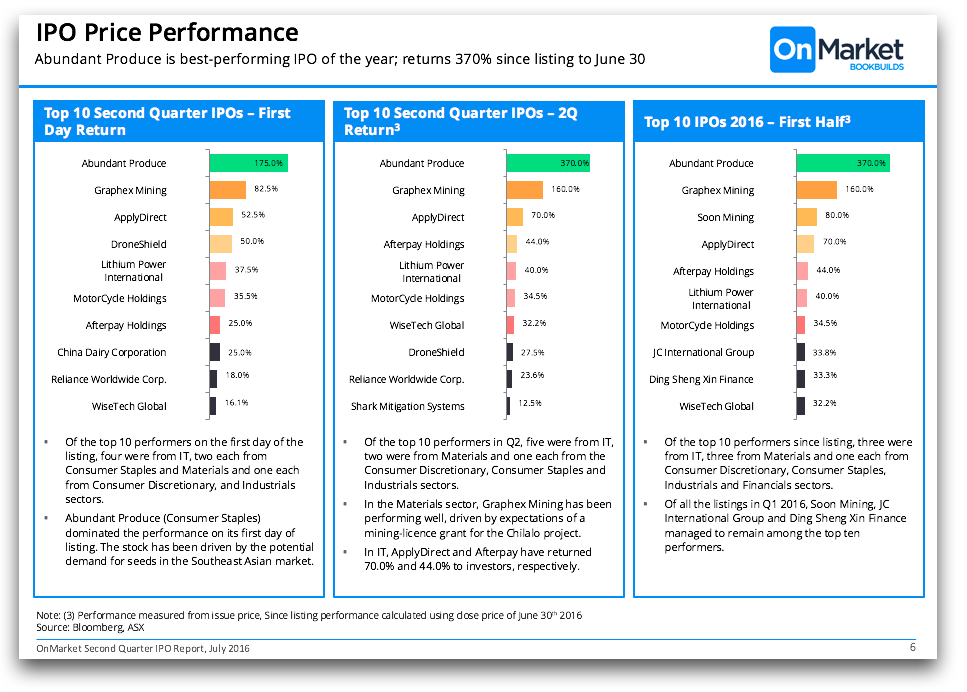 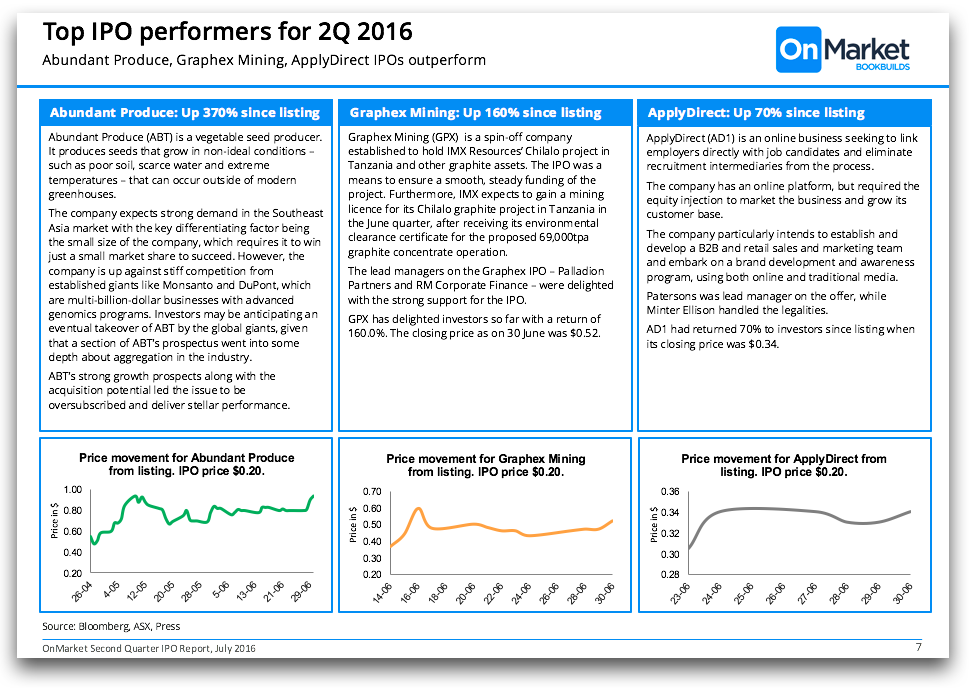 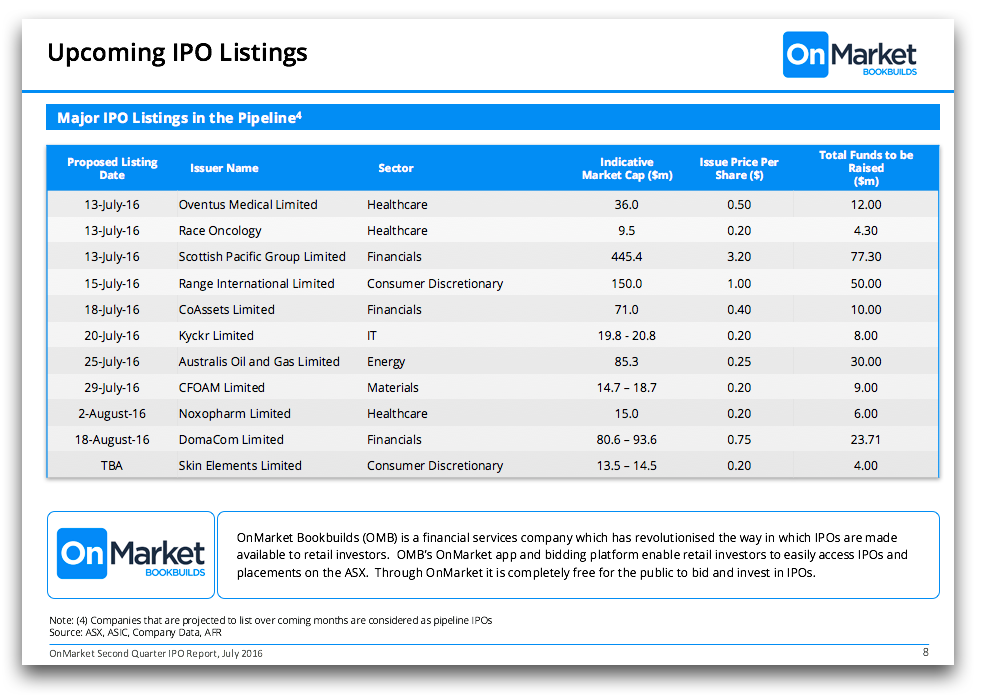 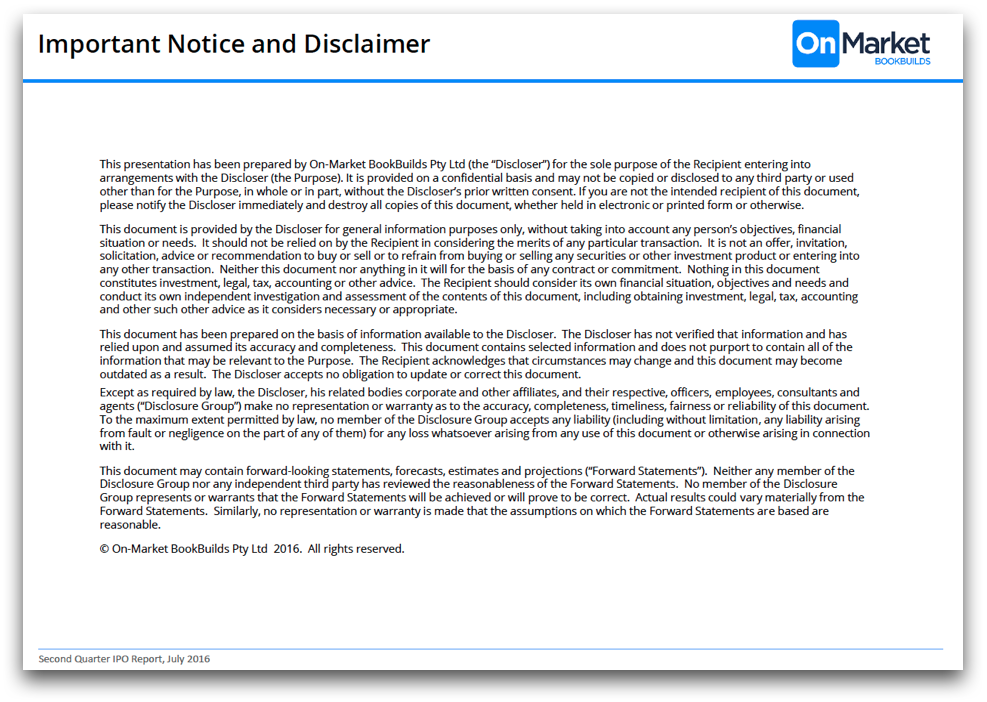 If you liked this, you may be interested in the: