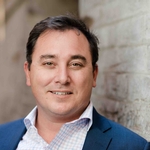 Ben is CEO of OnMarket BookBuilds and has extensive experience in investment banking, private equity, and corporate law.  In 2017, Ben was named in the “The World’s 1,000 Most Influential People in Market Structure” published by Patrick Young in the UK.  Ben was also named as one of the 10 most influential people in market structure in Australasia.

Prior to OnMarket BookBuilds, Ben was employed by Macquarie Group in its Equity Capital Markets division. During his time at Macquarie, Ben worked on equity raisings for takeover bids, initial public offerings and placements across numerous industries.

Ben is a former pearl diver with Paspaley Pearls, has studied mandarin at the Beijing Language and Culture University, holds a Commerce and Law degree (Hons) from University of Sydney and is a CFA Charterholder. 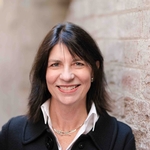 Rosie is Managing Director, OnMarket BookBuilds and works closely with brokers, exchanges and with companies wishing to raise capital.

Before AFMA, Rosie served as National Manager, Trading Market Development at Australian Securities Exchange (ASX) where she was instrumental in the development of the ASX Interest Rate Market; ASX electricity and commodity futures markets; DvP for IPOs; and was the ASX nominee director on the board of IRESS.

Rosie began her career in the debt capital markets and was head of government bond proprietary trading at UBS. Originally from Melbourne, Rosie holds a Commerce degree from University of Melbourne and is a sports enthusiast extraordinaire, regularly watching as many AFL games as possible on any given weekend. 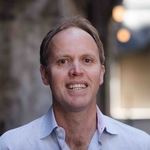 Nick is Managing Director, OnMarket BookBuilds and guides companies and their lead managers through the capital raising process.

Nick was formerly the Head of Power & Utilities for UBS Investment Bank in Asia. During his 5 years in the region, Nick lead some of Asia’s largest ECM transactions in including the Hong Kong IPO of China Longyuan Power, China's largest renewable energy company; and the IPO of Reliance Power, the largest IPO ever conducted in India.

Prior to Hong Kong, Nick worked with UBS Investment Bank in Sydney, and was a member of UBS’s market leading Utility & Infrastructure team, working with some of the leading utility and infrastructure players in Australia.

Nick spent his university years between the bar at St. Andrew's College, a rowing boat, and lectures for his Chemical Engineering and Commerce double degree.  Nowadays, Nick spends his spare time trying to keep up with his energetic young family. 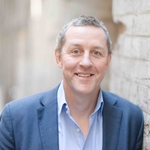 Tim is Managing Director, OnMarket BookBuilds and works closely with our distribution partners and with companies looking to raise capital.

Before his time in Asia, Tim spent 4 years in New York as Global Head of S&P's Strategy Custom Index division. Tim was also previously Head of S&P's Indices in Australia, where he led a dramatic period of index methodology change and index expansion.

Tim completed his economics degree at University of Sydney, as well as a Masters in Social Anthropology from Oxford University.  Tim’s spare time is taken up between the netball court, footy field and Bronte beach nippers looking after his 3 kids. 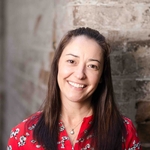 Carla is our Investor Communications Manager, and supports all aspects of OMB’s interaction with investors.  Carla is also largely responsible for online content management and electronic communications.

Carla has spent most of her career in the Corporate Department of one of Australia’s top tier law firms, working closely with Executive Partners, Staff Partners and also as a Departmental Coordinator with 35 assistants reporting to Carla directly.

For a change of scenery, Carla owned and ran her own successful business for 5 years before joining the OnMarket Team. Carla loves to travel and spend time with her two very active daughters. 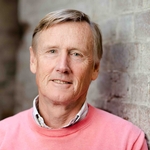 Bill has 30 years of experience in investment banking and stockbroking and is a Managing Director of OnMarket Bookbuilds.  Bill’s experience includes as  co-head of Macquarie Equity Capital Markets (ECM) of Macquarie Group Limited, an international investment bank listed on the ASX. Bill joined Macquarie’s fledgling securities business as its Managing Director in 1988. In 1992 Bill co-founded Macquarie’s ECM business. This business grew to be regularly ranked as first or second in the capital-raising league tables for Australia for the 10 years to 2010, with global operations spanning the world’s leading financial centres.

Bill was instrumental in the Initial Public Offerings of Macquarie’s listed property trusts in the mid-1990s. The institutional knowledge and experience gained in these transactions paved the way for Macquarie’s ground-breaking listed infrastructure business.

Bill has diverse interests, including as an ACO Board Member and Chairman of Inala. 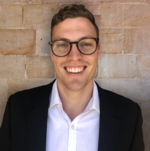 Zac is an analyst at OnMarket, whose work is split between modelling, analytics and social media and any other jobs that the senior members may need help with.

He has recently completed a Bachelor of Economics, majoring in Finance, at the University of Sydney and has developed an interest for economics and finance as a result.

Zac enjoys all sports but has a particular passion for AFL, spending much of his spare time training and playing with his local club or watching the Sydney Swans on weekends. 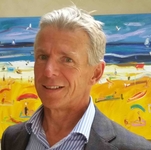 Tim has 30 years’ experience in investment management and financial markets in a broad variety of roles and institutions. Tim was previously CEO and Executive Chairman of Investors Mutual, CEO of Global Value Investors and Chairman of the Investment Committee for Premium Investors at Treasury Group Limited, an incubator of fund management companies. Prior to Treasury Group, Tim headed the multi-manager investment facilities for the New South Wales Treasury Corporation which is the central financing agency for the NSW public sector.

Tim was a founding Director of a private Information Technology company, and held various trading roles including Head of Trading, before being appointed Treasurer of a regional Australian bank.

Tim is a fishing and surfing fanatic and can typically be found out on the water at day-break. 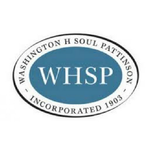