A transformational technology for the diagnosis of mental and neurological disorders 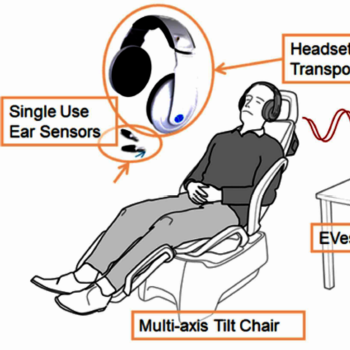 Mental illness is a major issue in Australia and globally, impacting not just sufferers but their friends and family. According to the World Bank Report on Mental Illness1 the global economy loses $1 trillion every year due to depression and anxiety.

There are currently no objective tests or methodologies to diagnose mental or neurological disorders, resulting in delay and misdiagnosis which has serious consequences for the sufferer and the community, not least the unacceptable rates of suicide.

What is the current method of diagnosis?

There is no objective methodology for diagnosing mental illness and as such a correct differential diagnosis is difficult for psychiatrists to make2, let alone GP’s who manage over 80% of mental healthcare. The outcome is often delayed; resulting in avoidable suffering, often prolonged severe disability and, all too often, suicide3.

In a 2009 Lancet Study4, where over 50,000 patients were pooled across 41 published studies, it was noted that GPs, correctly identified depression in 47.3% of cases and recorded depression in their notes in 33.6%. This suggests that when a person suffering from depressive symptoms visits a GP to seek treatment, they only have a 50% chance of receiving a correct diagnosis as they could be suffering from the depressive phase of Bipolar Disorder (BPD) or perhaps anxiety, which are hard to subjectively separate from Major Depression (MDD).

NeuralDx ’s vision is a world without stigma where mental and neurological disorders are rapidly, objectively, accurately diagnosed, treated and monitored, empowered by the internet and digital systems to provide ready and affordable access to all, whether in metropolitan, urban, regional or remote settings. These signals are identified and extracted using EVestG™’s software based on wavelet transformation to allow the extraction of electrical signals from the vestibular apparatus of the central nervous system in response to a variety of tilt or other stimuli applied to a patient.  The electrical signals are recorded. The measurement, recording, and analysis takes less than 45 minutes.

NeuralDx (NDX) represents an opportunity to invest in a transformational breakthrough for the diagnosis of mental and neurological disorders or Central Nervous System (CNS) Disorders.

Their equity crowdfunding offer is now live via the OnMarket platform. NeuralDx have already surpassed the minimum funding required and are now overfunding!. Don’t miss your opportunity to invest in a transformational breakthrough for the diagnosis of mental and neurological disorders.