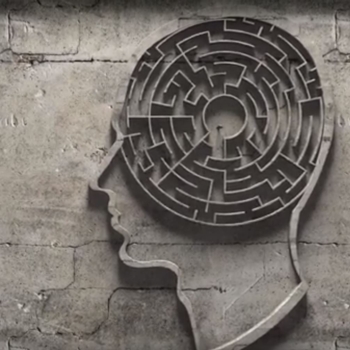 Mental health is becoming more and more prominent and is now classified as the world’s number 1 non-communicable health issue.

Awareness and knowledge of mental health and its impacts is rising, but so is the incidence rate with it affecting almost 1 in 2 Australians today. With rising incidences comes rising costs of mental illness with associated costs for the global economy predicted to reach in excess of $16 trillion by 2030.

What is Mental Health?

Mental health is defined as “a state of well-being in which every individual realises his or her own potential, can cope with the normal stresses of life, can work productively and fruitfully, and is able to make a contribution to her or his community."1

Hence, an individual’s mental health influences all aspects of their day to day life significantly affecting “how a person feels, thinks, behaves and interacts with other people.” This indicates that any mental illness has consequences not just for the individual suffering but also for their friends, family and community.

Who does it impact?

The World Bank Report on Mental Illness2 concludes that the global economy loses about $1 trillion every year in productivity due to depression and anxiety3. Such is the seriousness of depression that it is now considered a global health epidemic by the World Bank and is the single largest contributor to years lived with disability4, with over 300 million people affected worldwide according to the World Health Organisation5.

In Australia, a recent review estimated that 2–3% of Australians (about 615,000 people based on the estimated 2017 population) have a severe mental disorder, as judged by diagnosis, intensity, and duration of symptoms, and degree of disability caused6. In 2019, it was reported that the cost burden of mental and neurological disorders exceeded $60 billion p.a. to manage7, excluding substance abuse. To highlight the impact mental illness has in Australia, around 9% of the total burden in health care and lost productivity comes as a result of depression, dysthymia, bipolar, anxiety, and suicide8.

There are no objective tests or methodologies to diagnose mental or neurological disorders, resulting in delay and misdiagnosis which has serious consequences for the sufferer and the community, not least the unacceptable rates of suicide.

NeuralDx’s patented technology, EVestG™, is addressing this global unmet need and market for an objective diagnostic service. EVestG™ will enable faster and more accurate detection, diagnosis, and treatment for a range of mental and neurological disorders.

The NeuralDx equity crowdfunding offer is now live via OnMarket, raising up to $1.5 million with a minimum bid size of $500.