Time is money...or is money time? 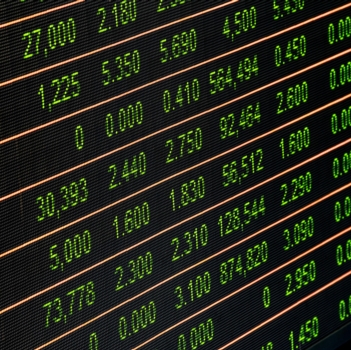 So, our last blog set out what an investor who invested the same amount into every one of the 82 IPOs (more accurately, 69 IPOs and 13 sophisticated-investor only deals) that we’ve offered (for free) to investors, would have made if they’d sold exactly 6 months after each deal listed?  Yep, returns for people that had invested the same amount in the good, the bad and the ugly.

I can hear the little nagging question … what would have happened under a different holding period?  Aha! You’re thinking, “The Gotcha moment.”

So, let’s say you sold out at the end of the first day after listing of every IPO that we’ve offered. You’re a flippa!

You sell the IPO as soon as you can, because you’re watching our IPO notifications over when a company is listing like a hawk.  You reinvest the proceeds of the sale into the next IPO.  You’re disciplined.  Like the cop from Terminator 2.  What would have you earned?

Well …. here’s the chart.  You would have earned 69% time-weighted annualised return.

What though?  How does that work?

Well, its all about how much money you have invested.  With a 6 month holding strategy, you had more money invested for longer (because you weren’t able to recycle your cash as quickly into the next offer).  A lot of the time you actually were simultaneously invested in multiple IPOs.  For a really interesting read of the performance methodology go here .  We use Sharesight as a third party to measure our performance returns and they describe why a dollar-weighted (also referred to as a ‘money-weighted’) return methodology is the appropriate method for self-directed investors.

So, which is the better strategy?  Well, it really depends.  The advantage of the 1-day strategy is that you’ve been able to recycle your money more quickly. i.e. you could use the money from sales to go into the next one.  On the other hand, there’s a $140,000 difference in outcomes...that’s not pocket change…. well not for me at least.

Another thing to think about is your tolerance for ‘highs and lows’…. a ‘sell at one-day’ strategy would have had a maximum first-day loss of 47% (yep, shocker, and we’ll write about that one soon).  And a maximum first-day gain of 125% (Titomic: ASX code:TTT), go you good thing!  In fact, 4 IPOs fell 25% or more on the first day, while 7 rose more than 25% on the first day.

Of course, you can always try to pick the winners.  Good luck to you.  Remember though, that while fundamentals should always win in the long run, over the short term its more about sentiment and liquidity in many smaller IPOs.  And liquidity is something to consider when you are selling and what strategy to use.

Picking winners?  I reckon it’s hard.  And that the important thing is having a disciplined approach to realising both profits and losses.

Surprisingly, whether an IPO is oversubscribed or undersubscribed has not appeared to be a causal factor in outperformance or underperformance in the after-market.  That was a surprise to me.  Maybe I’d just been playing ‘pick a hackneyed platitude”  for too long and believing that ‘hot IPOs’ (i.e. oversubscribed, meaning scale-back for investors) were the ones that would do well.  But, with a track-record of 82 IPOs now providing a pretty reasonable data set, our numbers aren’t supporting that hypothesis.

Ben (with good help from Neya and Andrew)

p.s. consider all the usual stuff about this being general comment and we don’t know your personal financial situation, 4 years of historical great returns doesn’t mean it will happen again in 2018 because we can’t predict the future.

But, if you want to know when IPOs happen, but haven’t been getting them so far, then you’ll need to  “Subscribe”.  You’re only getting these ones because I’m at the beach and I’m sending to every single person on our 30,000 database.

If you loved this blog, send it to a friend.  If you hated it, send it to an enemy….and cc me with the words “unsubscribe”.