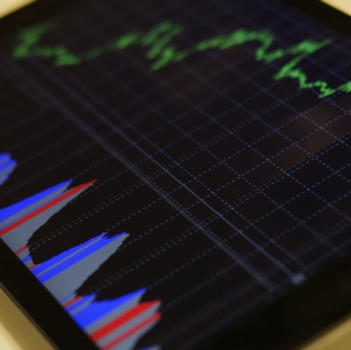 It’s been 4 years since we launched ASX Bookbuild and 2 years since the Prime Minister placed the first bid into an OnMarket IPO (it was my money, placed on my behalf). That was the initial public offering (IPO) of the Bitcoin Group…more on that in a few days, but for now, here’s what we’ve done (thanks to all the people that have bid into deals :-) ):

Yup, we’ve been busy. We’re looking forward to throwing down a towel on the sand, kicking our feet back and relaxing on the beach with an ice-cold Broo beer (listed October 2016).  Normally, we don’t like getting paid in product, but it’s in the name of due diligence right?

Now, we know it’s fashionable to say that “IPOs are risky”. And, just because we all know someone that pretends to be an investment expert, let’s play “pick a hackneyed platitude” before we look at the actual numbers… “IPOs are risky”… “What’s the quality of these IPOs?”  “Insiders have more information in IPOs”… “IPOs aren’t for the faint-hearted” and – my personal favourite - “I don’t like IPOs because there’s no trading history” (usually said by the same person that says past performance is no indicator of future performance).

Whew, now that’s off my chest, let’s have a look at the numbers.

There are countless ways to measure how self-directed investors have done, because each person decides which IPO to go into, how much to apply for and when (or if) to sell. Do we show the best IPOs? Maybe the worst? Actually, how about an average return? Or do we use a median return? What time period do we use?

In any event, we disclose all those things for every IPO on the detailed performance section on our home page.  We update those figures on the 1st of every month, so if you are looking at the detailed review, there might be some small differences between the time of writing this blog and the updating the detailed returns.

But the best way, we think the most honest and fair way to provide a ‘global view’ of the performance of OnMarket IPOs, is to look at the time-money weighted return if an investor had put the same amount into every IPO we’ve floated and sold on the same number of days after it listed.

If you invested into every IPO – I mean, all 82 of them, the stars and the duds – and sold exactly 6 months after the listing date for each one, what return would you expect?  You would have earned a stellar 53% p.a. annualised return over the 4 years since October 2013. Let me just say that again, but differently. If you spent $10,000 on every deal and sold exactly 6 months later (which would have allowed you to recycle your initial investment money again and again and again etc.), then your profit would have been $202,855. Yes, you read that correctly, your profit would be $202,855.

Percentage returns are calculated using the simple method by Sharesight.  Sharesight calculates percentage returns using a dollar-weighted (also referred to as a ‘money-weighted’) return methodology. A dollar-weighted return measures investment performance taking account of the size and timing of cash flows. Investors can control the timing of when they put money in or out of the portfolio. For this reason, it is widely agreed that a dollar-weighted return is the most appropriate means of measuring performance from a private investor’s point of view.

Here’s a graph of what your portfolio value would have looked like.

And here’s when you would have made your profits:

What you did need to do was be disciplined…and follow these simple steps:

The problem with simple ‘buy-and-hold’ is that this would give the early ones more time-weighting in the portfolio.  And, to be frank, with 82 IPOs, most investors would run out of capital pretty quickly unless they were recycling it!  So, in the coming weeks, we’ll give you the returns on different time periods.

Ok, so what if you didn’t have that sort of coin to invest.  Well, the maths is the same … if you invested the same amount in every IPO and sold at 6 months, then you would have earned 53% annualised return over the last 4 years…less a couple of bucks to pay your selling broker.

Sure, if you have the benefit of 20:20 hindsight, perhaps you would have been able to do better, pickin’ the winners and picking the peaks of when to sell … but, at 53% per annum return over 4 years for just going into every deal we’ve done and selling on the same date …. well, I’d prefer to go have a beer.

p.s. insert usual gumpf here about past returns not being indicators of future performance …. this is general commentary only – we don’t know your financial situation, yadda yadda yadda…. Definitely not saying you’ll get 53% returns in the future if you follow the strategy… you should spend your nights reading the risks section in most prospectuses before you invest (even though that section is really about saving the promoter’s bacon in the event it goes bad), but sometimes sets out things you should actually be aware of as well….& even though none of us have the time to read it and work out which bits are relevant….in fact, keep your money under your bed.