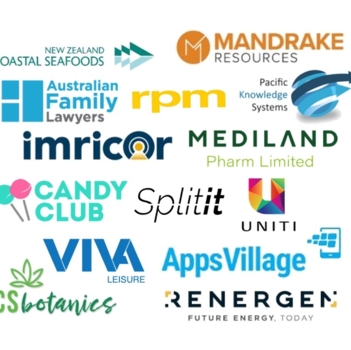 Will Donald Trump ever end his trade war? Will Britain actually leave the EU? Is quantitative easing really a solution? How have OnMarket IPOs performed in 2019?

Politics and macro-economics isn’t our forte, but capital raising is and this year has been outstanding for OnMarket IPOs returning an average of 57%.

This stellar performance has been led by stocks in the consumer space returning an average of 115%. Buy now, pay later technology Splitit Payments (ASX:SPT) and telecommunications company Uniti Wireless (ASX:UWL) have been the strongest performers for floats from 1 Jan to 1 October with returns of 200% and 492%, respectively, for the year.

2019 has hardly been a 2 stock show though as health and fitness provider Viva Leisure (ASX:VVA) returned 119%, while medical technology company Imricor Medical Systems (ASX:IMR) and China-focused pharmaceutical distributor Mediland Pharm (ASX:MPH) have returned 60% and 50% since listing to October 1.

This isn’t to say that there haven’t been a few bumps in the road. Mobile app development company AppsVillage (ASX:APV) is down 23% while subscription candy service Candy Club (ASX:CLB) has fallen 53% for the year. However, having listed in February, for investors that have held their Candy Club shares for this long, it begs the question, how long after listing is an IPO no longer an IPO? Whilst there isn’t a definition, we have always, since inception, measured the performance of a simple strategy of selling all IPOs 6 months post listing. Investing an equal amount into all OnMarket IPOs in 2019 and following this strategy would have given you $80,337 in profit, based on fourteen $10,000 investments.

Now, we understand that not everyone can put $10,000 into every OnMarket IPO, but if you had by invested an equal amount into each OnMarket IPO and sold 6 months post listing you would have earnt an impressive annualised money-weighted return of 62%1.

For offers where there has been more demand than we have had available in our total allocation, larger applications such as $10,000 bidders have been scaled back. No $2,000 application that was received in time was scaled back. But, even after taking into account the scale-back of larger bids, a person that applied for $10,000 in each IPO, and sold at 6 months post each IPO listing date would have earnt a return of 58%1.

Let’s put this in perspective. In July this year, the ASX 200 reached a record high of 6,875.5 points, passing its previous high set prior to the global financial crisis in November 2007, and has returned 21% for the year to October 1st.

OnMarket IPOs have had an excellent year in 2019, outperforming the S&P/ASX200 index by 41%. Of course, this year has been a standout. but even if we look at how this investment strategy has performed since 2015, when OnMarket began, it’s still a very healthy 34.8%1 pa.

No doubt some will say that this is only because of a few IPOs, so if you are an investment wiz and can predict which IPOs will boom and which will bust then we’ll leave you to it. But for the rest of us, this is a pretty outstanding return.

For more information on our simple strategy, click here or for the performance figures of all 129 OnMarket IPOs and listed capital raisings to date see our comprehensive breakdown of returns.

Please note that all figures calculated as at 1st October 2019 and include all capital raisings by listed securities that have been offered on OnMarket (or our earlier technology, ASX BookBuild) unless specified otherwise.

All returns calculated by Sharesight using the simple method

1Based on our simple strategy of investing an equal amount into all OnMarket IPOs and selling 6-months post-listing.