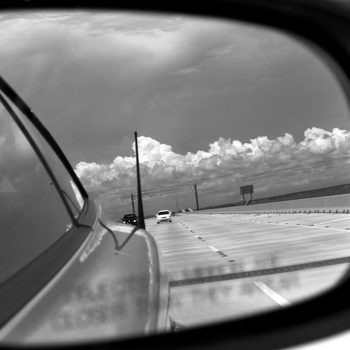 More than ever, that depends who you talk to, even though the real answer is “pretty well”.

A recent article in Fairfax’s Business Day bore the cautionary headline “How not to float your boat: why you might give IPOs a wide berth.’’

That’s hardly a ringing endorsement, even if it stops short of saying “should”.

But the article chose to focus on nine of the market’s worst floats of the previous three years.

Estia Health, Simonds Group, Australian Careers Network, MG Unit Trust, McGrath, Wellard, Orion Health Group, Surfstitch Group and Redbubble all had their names in the shame file. Surfstitch picked up the wooden spoon, having listed in late 2014 at $1 and now being worth around 18 cents.

Well, yes, but that’s not the half of the story. Another article in the same week by veteran market bug Tony Featherstone on a site called “The Bull” noted that there had been around 80 floats in the year, raising around $8.2 billion.

Clearly there’s a bias inherent in calling anything “The Bull” but what that shows is that the big majority of floats have actually done what they are supposed to do.

He didn’t have a breakdown of overall average performance, noting merely that the post float prices had held up “reasonably well”.

My scarily long career in journalism tells me slightly positive news is much less exciting than a list of dud floats, and that’s the problem.

You could have ten good floats and one dud, and given the way conventional media works, the latter is likely to get more press coverage than the first ones all put together.

There’s a lot to be said for cautionary tales but they have the unfortunate effect of distorting the comprehension of risk in the mind of the reader.

As one security expert noted in the wake of the the Berlin truck atrocity, you are still more likely to drown in the bath than to lose your life in a terrorist attack.

Have you read much about CYBG, the spinoff of NAB’s UK operations? As Tony Featherstone wrote, its IPO raised almost $900 million in February at $3.99 and the stock’s now at $4.69. That’s a lift of more than 16 per cent in a market which has essentially been travelling sideways in the last year.

Equity bugs point to the many juicy dividends that have been paid between times, but it’s still not an exciting record.

Conclusion? If you do ignore the opportunity offered by IPOs, you are likely to be left behind.

What’s been left out of much of the media coverage of IPOs has been the relative success in 2015 and 2016 of the smaller end of the market.

OnMarket Bookbuilds, which is now getting access to one in three floats in Australia via its innovative bidding app, notes that year to date returns on IPOs was 35.8 per cent, as at November 30.

Meaning, if you subscribed for stock in an IPO during the year and held onto the stock, that’s how far ahead you would be on average.

The key concept to take on board about IPOs is the word “average”.  Wouldn’t it be nice if they all shot up like Malta-based healthcare provider Neurotech, which listed in Australia on November 4 at 20 cents and ran up to 55 cents before settling where it is now, around 37 cents?

But they’re not all like that and the best approach with IPOs is to invest in a spread of them. That cuts out the bonanza gains but it also eliminates the less successful floats.

One average, it’s been a very successful strategy.

For instance, if you had been able to invest in the 12 IPOs that listed in November, you would have been up an average 18.5 per cent on the first day.

That is a very different outcome from the one suggested in that Fairfax article.

Try and find any other asset class that has done that well in 2016 and with a few very rare exceptions, there aren’t any.

IPOs are not just the original reason for the existence of share markets. They are a live, 21st century example of how investors who are prepared to take a bit more risk can end up with better returns.