Why you shouldn't believe everything you read about IPOs 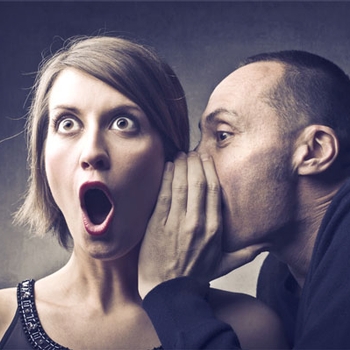 “ASIC cracks whip on IPO hopefuls” was one recent headline in the Australian Financial Review, on the same day (April 19) that a story in another part of the newspaper carried the headline “Investors warned to be wary of overpriced floats.’’

It's more likely an accident than a conspiracy that both articles ran on the same day but they conveyed the impression that anyone who puts their money into a new float is in for a painful experience and that, moreover, the retail investor requires protection from the myriad of sharks and duds in the new issue market.

As evidence of the assertion, one of the articles trotted out a list of specially selected 17 failed floats that had come on since the “window” opened in mid-2013 and of course it looked dire, headed as it was by shares in McAleese, launched by three reputable investment banks in November 2013 at $1.47 a share and last seen at 6 cents. That’s a drop of just over 96 per cent.

The article was, effectively, a roll call of disasters, featuring familiar names like Vocation, Dick Smith, McGrath, Wellard and Nine Entertainment. But if you look more closely, it’s not a representative sample of an asset class that’s actually gone pretty well.

Now the evidence for the defence: since the window opened in mid-2013 (meaning, the market was finally attracting enough investor support that IPOs were a realistic proposition) there have been just over 200 new floats on ASX, so that list of price failures represents just over 8 per cent of the total.

That AFR report only looked at floats between 2013 and 2015 inclusive, which incidentally totalled 186. To be conservative, let’s say that sample represented a whisker over 9 per cent of the total.

It’s still not a lot.

Let’s look now at how IPOs in general have been going. The 94 new floats that came on to the ASX in 2015 finished the year up an average of 23 per cent on their listing price, a street ahead of the ASX200 over the same period which was down 9 per cent overall. And 69 per cent of those floats finished 2015 either at or above their listing price.

But wait, to use the immortal phrase, there’s more.

Let’s say, hypothetically, you invested an equal sum in all 186 IPOs since the float of Dick Smith in November 2013 and the end of 2015 and then bailed after one month. In that case, you would be up 12 per cent, according to ASX numbers.

Meaning what? There is a common but misplaced perception that IPOs soar like fireworks then fizzle out when in fact, floats appear mostly to pick up momentum during their first year of listing.

Just have a look at the numbers below that represent returns on offer price on all IPOs in the given year. An impressive set of average returns by anyone’s measure.

Yes, there are dud floats out there, but there are duds in any investment environment whether it’s bonds, property or even the favourite of the moment - classic cars. That shouldn’t be a reason to stay away from making an informed investment in a Ford Mustang Boss 302 any more than a new issue.

More importantly, the retail investor needs no more protecting from new floats than they do from investing in the share market more broadly. Considering that investments in new floats need to be made with the same prudence as choosing listed companies to invest in, and that IPOs are both a regulated market with strict disclosure requirements and that the shares become liquid as soon as the shares list, it’s a far less risky proposition than investing in private companies, for one – and classic cars, another.