Why do new floats outperform? 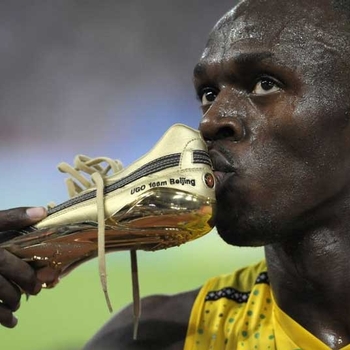 Companies that joined the ASX lists in the first quarter returned considerably more than the Top 200 companies. According to the OnMarket First Quarter IPO Report, they were up 1.3 per cent on the quarter, compared with a 5.4 per cent drop on the ASX200 index – a 6.7 per cent outperformance.

What is very notable from the OnMarket survey is that the first day IPO performance has been markedly better still, with investors who subscribed to those floats having enjoyed an average return of 9.2 per cent. Considering that IPOs as a group returned 23 per cent in 2015, it’s a strong show for the start of the year.

The question is – why have these new floats outperformed?

The key may be that the day a company lists is a tipping point in two particular ways. One, the investors who put their money up for the IPO essentially got a slight discount because they were wearing some risk. And two, the listing process means that the company’s supportive investors and shareholders reached the place where liquidity was achieved in the market, as the shares became tradeable. Liquidity inevitably adds value.

Or, three, it was a simple case of demand exceeding supply, and those buyers that missed out on shares in the IPO came in once the shares began to trade.

We’re in a market phase at the moment where the IPO “window” is open.

Investors are looking for outperformance and they’re not seeing much among the blue chip shares, because the hunt for yield has given way to a more sober assessment of growth prospects, and at the same time the resource sector is suffering badly from a drop in most (but not all) commodity prices.

And currently there aren’t any big new floats coming along to vacuum up investors’ attention and money: most are in the $5 million - $10 million range and therefore fill up quickly.

So, what if that window closes? That tends to happen when markets suffer a reverse but all it means is that investor appetite dries up and the pipeline of new floats slows down. The promoters of new floats would advise management against proceeding until conditions pick up. It’s not quite a ‘stop loss’ arrangement but it does act as a dampener on the market.

A slowdown in new floats is not bad news for investors: the queue of companies seeking equity is still there and the competition for new funds may well come back strongly once the window reopens.

Good timing can play a part too in the performance of some new listings.

Last week shares in China Dairy Corporation listed at 20 cents and subsequently more than doubled. That was partly because in the days after listing the Chinese government cracked down on the common practice of buying desirable products such as baby formula offshore, or online, and not paying duty on them.

China Dairy just happens to have a well established dairy operation on the Chinese mainland, in Heilongjiang province. It may be that Chinese parents will still prefer the overseas product but such a move opens the market right up for a domestic producer who sets significant store by reputation.

Conclusion? Buying into IPOs doesn’t come with guarantees but there are inherent advantages built into the system for the investor. If there weren’t, the IPO system would grind to a halt and the stock market, whose primary purpose has always been to raise money for worthy enterprises, would quickly lose relevance and die. That’s not going to happen any time soon.