Where should you put your savings? 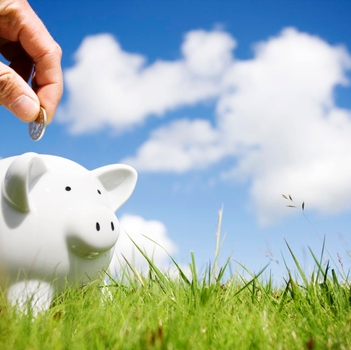 From the reaction to the recent Budget, you would think that Superannuation has been hit for six, but in fact for most normal mortals (with less than $1.6 million in their personal super account), it’s still all looking pretty safe.

Super will stay the most tax efficient way to save for your retirement, but the fact that the Federal Government is once again tinkering with the nation’s widely admired retirement scheme has caused many people to think more broadly about where they should put their money.

Assuming you don’t put a bundle of cash under the mattress, there are three main asset classes in which you can invest: shares, property and fixed interest.

They all have their merits at different times, and indeed there is a lot to be said for diversifying into all three if you can, but let’s run through the pros and cons.

Property is always regarded as a really good way to build wealth in the long run. That’s because, as long as property prices keep going up, the interest you are paying the lender won’t be as much as the capital gain you end up making. Throw in the joys of negative gearing and the fact that you currently only pay half the assessable capital gains tax on the sale as long as you hold the asset for more than a year, it’s been looking like a no brainer.

But that’s a problem in itself…lots of people had the same idea and it’s now what the professionals would call a crowded trade. Prices have moved up to a level that you should think hard before stretching to buy an investment property, because if you find you have to sell once interest rates start to rise, you might find lots of people doing the same thing. If that happens, prices will fall sharply.

Fixed interest mostly means putting the money in the bank on a term deposit. It’s safe there, but now is not the time to leave money sitting on deposit when you will be lucky to get two and a half per cent a year in interest. By the time you throw in the effects of inflation and the tax you’ll probably be paying on the interest, you’ll actually be going backwards.

To be realistic, everyone needs a financial buffer in case trouble strikes, but just don’t let your cash develop an inertia of its own.

Or you could buy some shares. Of course I’d say that, working as I do with share access specialists OnMarket but some recent performance numbers on new floats (Initial Public Offerings or IPOs) might give you pause for thought.

Because most IPOs are offered to investors at a slight discount to their long term worth, they should start trading on the ASX at a premium to the price at which they were offered. ASX IPOs over the last 10 years returned an average of 14.83 per cent to investors on day one. In fact in 2015 the average return of the 93 IPOs that listed on the ASX was 23.0% by the end of the year. As an ‘asset class’ it compared favourably to the return of the broader market in 2015, the S&P/ASX 200, which returned negative 3.0%.

And for all the talk about the sharemarket being a dangerous place, our market is now up 58 per cent since bottoming out just after the GFC. And even if it doesn’t look that exciting in only being up 7.5 per cent since before that event, that doesn’t take into consideration the dividends that good stocks have been paying at a rate of around 5 per cent a year. For retirees, the tax system leaves them with a return of at least 7 per cent a year.

Whichever set of numbers you look at, they certainly beat bank interest. While you can live in a property, shares are a great deal easier to buy and sell. And you don’t have to paint them and clean the gutters. Shares have their ups and downs but over the longer term, they are right up there with property as an asset class. If you’re not invested in shares in some way in Australia, you are almost certainly missing out.