What's the problem with money? 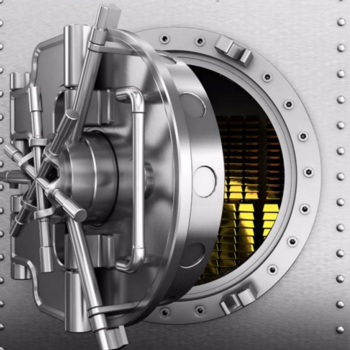 The current money exchange system is fundamentally flawed, which was highlighted by the Global Financial Crisis that began in 2009. To stabilise after the crisis began the world’s central banks embarked on “temporary emergency” measures that continue to this day.

This crisis has cost over $15 trillion in banker bailouts and investor losses, but money systems are still based on bank currencies that buy less and less in goods and services every year and require ever-increasing quantities of new debt.

In a world where access to information is instant, money can still take days to transport. Young people have less access to wealth than their parents. New debt is required to generate new money — there has to be a better way.

What if there was? Cryptocurrency or digital money like Bitcoin has ignited people’s imaginations since its release in 2009, and now there is a form of peer-to-peer money that works like Bitcoin but is based on real gold bullion.

This is SendGold, an instant and reliable payment platform that uses one of history’s most reliable investment assets — gold.

The world has a globally connected internet and it’s estimated there will be 6 billion smartphones in circulation by 2020. Yet it can still take days to transfer money from one country to another.

"Our view is that the world’s current money systems are based on technologies and institutions that are outdated, expensive, and slow," SendGold chief executive officer Jodi Stanton said.

With record low interest rates, record debt levels and a growing wealth gap, SendGold offers an asset-based digital money alternative that is highly liquid, universally accessible, and based on one of the world’s best-known, reliable, and heavily-traded stores of wealth.

In many countries these declines in bank currency values have been dramatic. In the Asian Financial Crisis, for example, the South Korean, Thailand, Indonesia, Singapore, and Philippines currencies lost more than 50% of their value in the space of one week. The Indian rupee went from $1.00 in 1948 to $0.02 today. Gold has maintained its value for centuries.

When Money Does Not Maintain Its Value

When money does not hold its buying power, people must invest separately just to stay even. But unlike the wealthy who can afford to tie up the majority of their funds in investment assets that can appreciate in value, most people around the world need their funds to be liquid 24/7.

According to Barclay's, the main barriers to investment are the need for instant liquidity, high investment minimums, lack of investment familiarity and restrictive and complicated account set-up. SendGold addresses each of these.

Banking is out of reach of many people

According to The World Bank, there are two billion people across the globe that remain unbanked and just 54 percent of people in the developing world have an actual bank account.

This old money system played a role in creating the biggest wealth gap in history, with millennials having access to just 60 percent of the pool that their parents did.

Highlighting this disparity, one percent of Australians own more wealth than the bottom 70 per cent combined.

The biggest banks in the world still secure some of their wealth in the form of gold. The central bank sector has a stockpile of 33,800 tonnes of gold bars, highlighting its stability.

It also compares favourably with returns from other asset classes, with a 2018 report by Price Waterhouse Coopers, showing that gold outpaced traditional asset classes such as equities and bonds on a ten and twenty-year basis.

In Australia, gold has even kept pace with house prices — which have skyrocketed in the same period of time.

SendGold allows you to send gold instantly through a digital platform easily accessible through a mobile phone application. You can invest, make payments, send gold as gifts or send gold back home to your family when you are working overseas.

Register your interest to own a part of SendGold

SendGold will shortly be conducting an equity crowdfunding offer via the OnMarket platform. SendGold is targeting a minimum raise size of $500,000, and a maximum of $2 million. The minimum bid size into the offer will be $250.