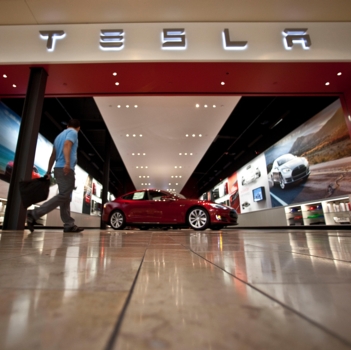 Elon Musk, Steve Jobs, Mark Zuckerberg. We admire these entrepreneurs for their successes, and commend the venture capitalists who backed their start-ups and share in their glory. Well-known VC firms such as Andreessen Horowitz and Sequoia have cultivated a branded mystique around their ability to uncover the most successful young companies. Forbes identifies the top individual VCs on its Midas List, implicitly crediting them with a magical touch for investing. The story of venture capital appears to be a compelling narrative of bold investments and excess returns.

Venture capital financing is the exception, not the norm, among start-ups. Historically, only a small percentage of companies have raised capital from VCs. And according to the Australian Private Equity & Venture Capital Association (AVCAL) the industry is contracting. But less venture capital doesn’t mean less start-up capital. Alternative non-VC sources of financing are growing rapidly and giving entrepreneurs many more choices than in the past. Let’s look at a couple of different options to venture capital.

These are affluent individuals who invest smaller amounts of capital at an earlier stage than VCs. According to Harvard Executive’s Alumni Forum, Angel investors fund approximately more than 16 times as many companies as VCs do, and their share is growing. U.S figures show that in 2015 angels invested more than $22 billion in approximately 65,000 companies, venture capitalists on the other have invested about $28 billion in about 3,700 companies.

Another new source of start-up investment is equity crowdfunding. Equity crowdfunding is a mechanism that enables broad groups (Wikipedia) of investors to fund start-up companies and small businesses in return for equity. Investors give money to a business and receive ownership of a small piece of that business. If the business succeeds, then its value goes up, as well as the value of a share in that business—the converse is also true. Coverage of equity crowdfunding indicates that its potential is greatest with start-up businesses that are seeking smaller investments to achieve growth, while follow-on funding (required for subsequent growth) may come from other sources.

As equity crowdfunding platforms become more sophisticated, they will funnel more funds from a larger pool to high growth ventures. It is increasingly debated on whether it would be better for start-ups to raise capital through equity crowdfunding or through angel investors as opposed to VCs, and how to sequence each funding method (i.e. what should come first).

However, an alternative route is to combine both methods by attracting financing through a ‘crowd’ of angels, and investing alongside VC’s.

CEO of Los Angeles Based StartEngine (a startup accelerator focused on helping tech startups with resources and mentorship), and Crowdfund Insider writer, Ron Miller, argues that as equity crowdfunding becomes more ubiquitous in the marketplace, it will gain "considerable traction”. He further goes on:

The initial misgivings held by some venture capital firms at the inception of the equity crowdfunding industry must be set aside given its growing success globally, which is tantamount to proof that the broad shareholder base is of benefit rather than hindrance.

The democratic nature of equity crowdfunding largely benefits VCs, as it serves as validation, giving companies who have obtained funding from the crowd more credibility and offering insight into which companies are gaining traction.

According to Harvard Business School senior lecturer Shikhar Ghosh, about 75% of Venture Capital backed startups fail. This furthermore suggests consolidation between the two sectors can be mutually beneficial.  The key to success with equity crowdfunding is the market response to a business, the crowd collectively makes the decision as to whether it is a good investment or not. The level of feedback offered and the validation that can be weighed by Venture Capital firms is valuable, hence why so many companies that have used rewards based platforms such as Indiegogo and Kickstarter have gone on to be funded by venture capital firms.  The skill set and industry expertise that VCs bring to the table, coupled with the range of high growth and innovative companies accessible from equity crowdfunding is a great combination.