These 6 quotes will help improve your finances 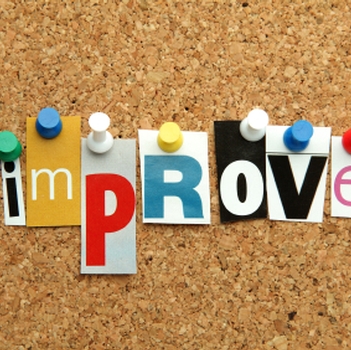 It is scary how many self-help books there are out there. Sometimes it’s hard not to wonder if the authors are trying to help themselves by selling more books or are genuinely trying to help us. The reality is, it’s also hard to find investment advice that doesn’t, somewhere, have an equally convincing contrarian view!

However, there have been many wonderful 20th Century one-liners quipped, from experts who did well in investing and genuinely wanted to share their wisdom. These classic quotes are as relevant then as they are today.

How many millionaires do you know who have become wealthy by investing in savings accounts? I rest my case.

US Democratic politician Robert G Allen may have passed away in 1963 but his point holds true even more at the moment with savings accounts paying around 2 per cent. Accessible cash is great to have handy when trouble strikes, or when investment opportunities arise. However, savings accounts don’t build wealth because by the time you’ve paid tax on the interest, you’re actually going backwards because of inflation.

Our favourite holding period is forever

Also known as the Oracle of Omaha, Warren Buffett is the most followed current provider of investment advice. He is what’s known as a value investor. This simply means he buys shares in good companies and then sits on them as he watches the companies grow. He isn't chasing dividends but investors in his Berkshire Hathaway group have enjoyed huge gains in the value of their shares, year after year, because of this policy.

Another classic from Warren Buffett, may help explain why his annual meeting in Omaha, Nebraska, is mobbed every year. He basically looks to buy a dollar’s worth of assets for 50 cents, and he knows better than most people where the value lies. He’s also labelled a contrarian, which means he likes to buy assets and companies when others are in a hurry to sell them. There’s no contradiction at all between that and being a value investor.

Never invest in a company you don't understand

While it is true Warren Buffett’s Berkshire Hathaway group almost entirely missed the technology boom of the late 1990s they also very much avoided the “tech wreck’’ of 2000. Until then, all the usual rules of investment were being thrown out of the window and companies were being valued not on the profits they were making, but on how many sales they might make and how much their share price had climbed. At the time many promoters said “this time it’s different” but subsequently found that it wasn’t, and essentially never is. Buffett was right again!

When the facts change, I change my mind. What do you do, sir?

Eminent British economist John Maynard Keynes produced this riposte after changing his position on an issue. He was a successful investor in his own right. His belief that governments can help avoid recessions by carefully stimulating their countries’ economies has been proved right over a succession of economic “boom and bust” cycles. History has also classified him as a political centrist, and this clever quote reflects his willingness to be flexible.

Bull markets are born on pessimism, grown on skepticism, mature on optimism and die on euphoria

This American investment management legend who made it clear there’s a huge amount of psychology in share markets. It is also important to be aware that the most dangerous time to buy is when lot of people are saying the market is booming. He also believed the best time to buy was when most investors were at the point of maximum pessimism. Makes sense.

We all know that investing is as much an art as it is a science. However, these clever quotes can help keep you on the road to financial freedom. Which one is your favourite?