The LIC revival: what you need to know 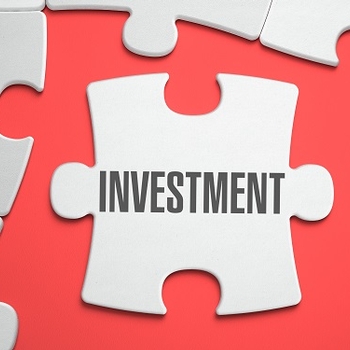 One category of an investment product that’s been powering ahead despite the recent market volatility is the Listed Investment Company, or LIC.

LICs have been around for decades, being a collective vehicle that allows retail investors to get exposure to a wide spread of holdings that could include shares, property, and interest bearing deposits via one entity that can easily be bought and sold.

LICs are essentially listed managed funds, and win out over traditional managed funds on fees and liquidity. Moreover, most LICs are companies that distribute income via fully franked dividends on which the 30 per cent company tax is already paid, so it’s a tax boon for savvy, income-seeking investors. Since they are listed on ASX, LICs are also more transparent than managed funds as they must comply with ASX corporate governance and reporting requirements.

AFIC, the Australian Foundation Investment Company, is one of the oldest and best known, and sits on some $6 billion worth of blue chip stocks on behalf of a raft of mostly retired retail investors.

That’s one of the biggest ones but there are lots more popping up, not least because LICs have come back into vogue after spending a long time trading at a discount to their Net Tangible Asset (NTA) value.

When a LIC trades at a discount to NTA it essentially means that the value of the underlying holdings is greater than the aggregate – which, in theory, is a time to buy.

Say for instance a LIC’s share price is trading at $1.10 and the NTA is $1.20. Given that the LIC regularly publishes a list of its holdings and charges investors a fee, a lot of investors could say “I can do this for less” and invest directly in the underlying holdings. If they don’t buy shares in the LIC, and this happens at scale, the LIC share price decreases and the discount to NTA increases.

What’s happening now is the opposite, if anything. Because markets are ever more complex and investors don’t much like volatility and are becoming more and more fee-conscious, LICs have enjoyed a new lease of life and so the good ones are trading at a premium. AFIC’s is around 6.5 per cent, because the managers have a history of delivering better returns than the overall market in the long run.

Another interesting development is that the new breed of LIC is often more adventurous than previous, with the ability to go short as well as long. That means they can make money in the dips as well as the good times.

We’ve seen the revival first-hand. OnMarket has listed or are listing three LICs in the last four months, with at least one more coming down the pipe. They are Absolute Equity Performance (listed in December and trading at a 20 per cent premium) Monash (which just closed to subscriptions).

Both Absolute Equity Performance and Monash, the latter being chaired by investment guru Paul Clitheroe, have a mandate to go short as well as long, which can be a significant benefit in a volatile market.

There’s another advantage the LICs enjoy over conventional managed funds and that is they avoid the liquidity problems caused by market lurches because they are, what’s called closed-end. That is, they do not issue or redeem units in their fund. In the event that the market plummets, every seller of a LIC share must be met by a buyer – that means that the overall size of the fund does not change.

A conventional long-only fund manager will probably be hit by redemptions in a down market, as investors ask for their money back. To achieve liquidity the manager has to sell what might well be high quality shares at low prices, thus weakening the fund. And when markets are running hot, managers can find themselves being deluged with new money at a time when they don’t see much of value that they can buy.