The Cup eXchange story and how it works 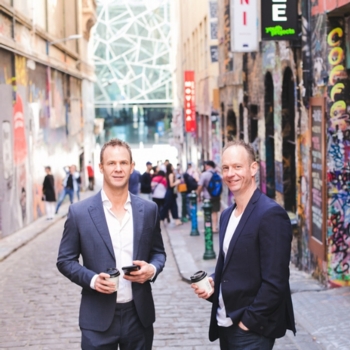 The early stage, Melbourne based company plans to use the new funds to increase awareness of TCX through promotion and education, to increase the speed of the network rollout to cafes and precincts around Australia, and to expand the IT system capacity whilst maintaining reliability.

How did TCX come about and who is behind it?

Like many Australians, in mid-2017 Marty and Jeremy Rowell watched the ABC’s The War On Waste and were perplexed in particular by the size of the take-away coffee cup waste problem and the lack of a genuine mass-market solution. Feeling inspired, the brothers set out to buck the trend of the “take – make – and dispose” linear economic model.

Starting with the principles of the circular economy and a very clear focus on zero waste to landfill, Marty and Jeremy spent the next three months researching, modelling, testing and iterating their prototype until they had a compelling product and system for all stakeholders.

Officially founded in September 2017, TCX was created to provide a convenient, affordable and sustainable alternative to single-use paper cups that benefits customers, cafes, government/councils and the environment.

How does it work?

What is a TCX cup made of?

TCX cups replicate the form of the iconic paper cup for familiarity, but are made using 100% Tritan from Eastman (a next generation glass replacement material) for longevity. The cups are durable, with high shatter and chemical resistance and have been tested to wash over 4,000 times in an industrial glass washer without cracking, warping or discoloration. TCX cups are FDA approved, BPA & BPS free with no leaching, maintaining the integrity of the taste that the barista intended.

What happens to a TCX cup when it is damaged or reaches end of life?

TCX was intentionally designed as a circular economy business from the ground up, with TCX taking responsibility for their products when the consumer has finished with it. When a TCX cup reaches end of life, TCX takes it out of circulation, crushes it down, and uses 100% of the material to create new TCX cups. A TCX cup will never go to landfill or risk polluting the environment.

TCX’s equity crowdfunding offer is currently open via the OnMarket platform. TCX is targeting a minimum raise size of $500,000, and a maximum of $1.2 million, with a minimum bid size of $250.