The case for contrarian investing 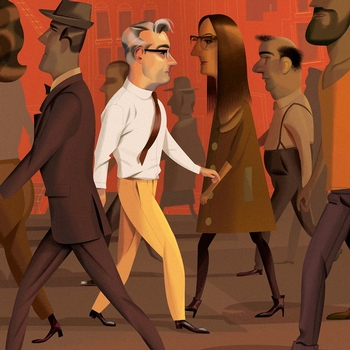 There’s a lot to be said for being a contrarian investor: someone who buys stocks when other investors are scrambling to sell.

It’s generally a much better way, long term, to invest, even if there can be moments when you might be racked with self doubt about how far the share market is likely to go down in such circumstances.

They say of dropping markets that it’s hard to catch a falling knife, meaning to buy at the bottom of the price graph.

For a start you’re going against the flow of investor opinion, but some of history’s most successful investors have done exactly that.

Warren Buffett, the Oracle of Omaha, is the standard bearer of contrarian investors, having time and again bought into assets and companies that other investors overlooked or avoided.

Railway companies, fast food ventures, soft drink manufacturers and other supposedly “last century” enterprises have all attracted investment from his Berkshire Hathaway business, which is named incidentally after the shirts it long ago ceased to manufacture.

Just looking at our local market so far in 2015 and 2016, we’ve watched the S&P/ASX200 index come off around 12 per cent, but it has also moved up almost 10 per cent since it bottomed out in early February.

If that sounds like a roller coaster ride, that’s because it has been.

But can you see the advantages for people who have bought in since the bottom of the dip. BHP shares for instance. If they caught the proverbial falling knife by buying at the low point, those brave investors could be up as much as 25 per cent in a month.

But so also will long term holders who have in fact been sitting on their hands, and who may well have stopped looking at the financial pages when things were at their bleakest and the front pages carried headlines about how “markets shed $20 billion”.

Just going back to Mr Buffett, he’s also on record as saying that “our favourite holding period is forever.”

The BHP investors who sat tight, which incidentally tends to be the norm among mum-and-dad savers, had the painful experience of watching their shares drop in price from more than $25 in early October to $14.20 in January, three months later.

That’s a drop of more than 43 per cent, but if they hadn’t sold the shares, they haven’t made a loss.

The only serious issue they have to contend with is that because of low commodity prices, BHP management slashed the company’s dividend by 74 per cent, which is going to be bad news for retirees. That’s clearly a concern but it does not damn the company forever, and as long as commodity prices recover in the long run (and they always do, although it’s hard to pick the timing), then the company’s share price will also recover.

What’s more, any company that decides not to cut dividends when profit margins drop sharply is quite possibly storing up trouble for the future.

There’s a lot to be said for the “Buy and Hold” strategy if you can time the purchase, and avoid selling in down periods.

Back in 1988 after the share market crash I was working at Ord Minnett, which then was an institutional stockbroker. We had an office sage called Len de Groen, who had been in the broking business since before the 1929 crash. A brash colleague noticed a tall filing cabinet beside Len’s desk and sneaked the top drawer open. It was full of share certificates dating back years.

“Are these all your shares?’’ asked the neophyte.

“A to C, son, A to C” was Len’s explanation, barely looking up, leaving it unsaid that the lower drawers in the cabinet contained the rest of his portfolio.