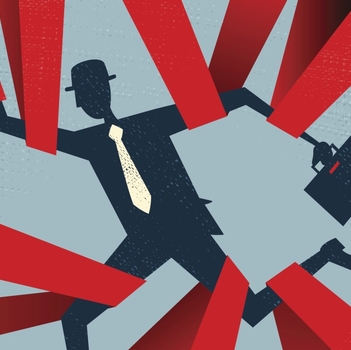 The recommendations from Australia's first financial inquiry in 17 years is due into Treasurer Joe Hockey’s office this weekend. David Murray, former CEO of CBA and Chairman of the Future Fund, could change the landscape for retail investors and small shareholders.

In its interim report, released in July of this year, the following paragraph caught our attention:

Suggestions to address [shareholder] dilution include modifying private placement requirements by requiring that all existing investors be invited to participate in any on-market equity issue of continuously disclosing securities.

Considering that one of the terms of reference of the FSI was stated as “to recommend policy options that promote the efficient allocation of capital and cost efficient access and services for users” this is quite interesting – and, incidentally, topical.

In 2008 ASIC introduced the Amended Rights Issue Regime to encourage companies to raise capital more often via rights issues than placements. ASIC wanted to encourage rights issues so that retail could be included in liquidity events and small investors were not disadvantaged. They did this by relaxing disclosure obligations – essentially removing the need for companies to issue a Prospectus when conducting a rights issue.

As the graph below shows, save for the steep increase in rights issues during the GFC (largely by the big banks), that hasn’t quite happened as planned. Placements have remained the predominant form of capital raising before and since the attempt. In the four years before the ASIC amendment (2003-2007) placements accounted for 69% of all capital raised by listed companies. In the last four years (2010-2014) they have accounted for 62%. 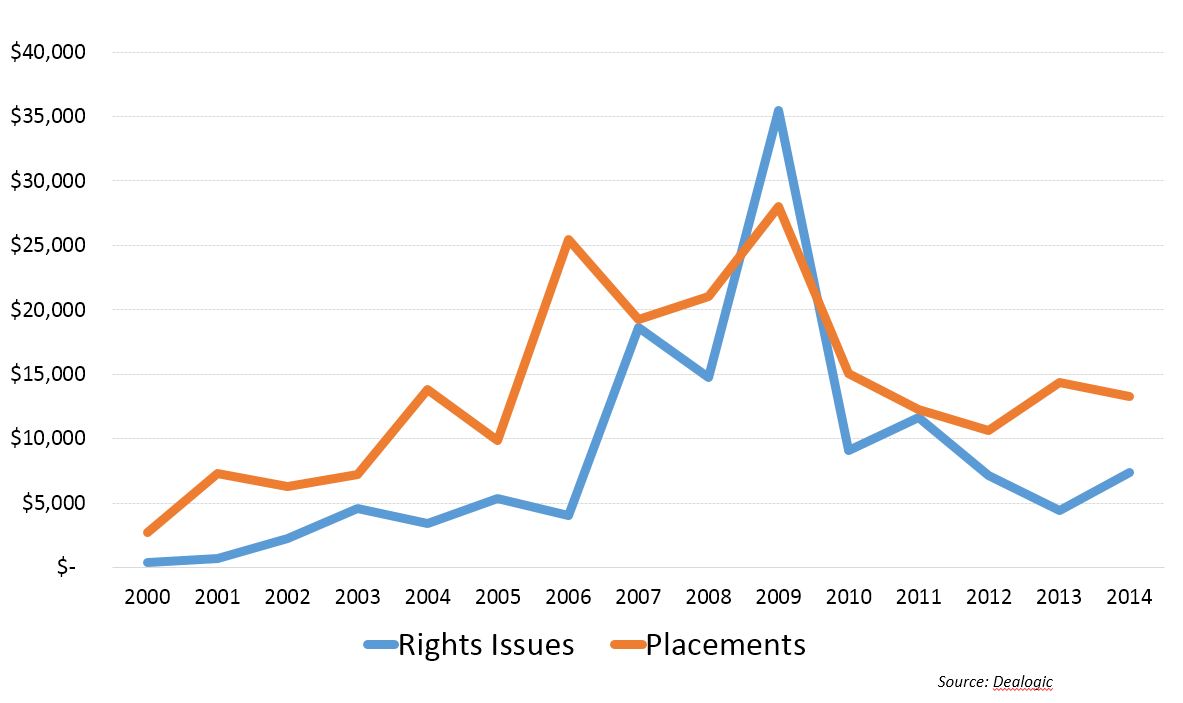 One thing that seems to have trumped the easing of documentation is the timing of funds delivered to companies by these two methods – a placement is often conducted in the course of a day, a rights issue often takes a number of weeks. A companies’ need for rapid capital often trumps its shareholder dilution concerns.

Considering the terms of reference, and the mention in the interim report, will the FSI give due consideration to giving the same kind of relief for companies conducting placements?

Unlike the US, which enforces ‘periodic disclosure’ Australian practice of ‘continuous disclosure’ is perceived as one of the cornerstones of our financial system. It refers to a company’s obligation to immediately disclose to the market any price sensitive information. The intention being that investors ought to know material details about companies that they entrust with their hard earned.

Australia’s approach is widely regarded as “among the world’s best, striking an appropriate balance between the benefits of a fully informed market and the need for certain information to remain confidential, at least for a period of time.”

As such, all listed companies are disclosing entities and all price sensitive information about that company is available to the market at any point in time. Yet the documentation requirements for placements mean that unless a (continuously disclosing) company issues a prospectus with the offer, retail investors aren’t trusted to make an informed decision about whether or not to participate – while s708 investors are.

It Is Happening Across The Pond

What makes this issue particularly topical are the activities in New Zealand, the UK, Canada, and the US where authorities are realizing that under the current rules retail investors and small shareholders are disadvantaged… and are doing something about it.

As of April 1st this year New Zealand retail investors have the same regulatory access to new equity issues as wholesale, institutional, and sophisticated investors. Under the amendments in the New Securities Act (2013), listed companies get can access retail investors when issuing fungible securities, without the need for a disclosure document.

In the UK, HRM Treasury announced in April 2013 that Individual Savings Accounts (tax-free accounts, essentially like Australian SMSFs) would now be able to buy shares in the Alternative Investments Market (AIM), London’s speculative exchange – home to small, risky, early-stage companies in the mining, technology, energy, and biotech sectors. They had previously only been permitted to purchase mainboard-listed company stocks, perceived to be more established and less risky.

Just this year, a number of securities commissions in Canada issued an exemption for companies listed on the TSX, TSX Venture Exchange (and other Canadian exchanges) from having to issue a prospectus when raising capital from existing shareholders. This is subject to some investor protections like investment limits, but is yet another case of what is a long awaited change in regulation to streamline the capital raising process and not disadvantage existing shareholders.

Freelancer’s Matt Barrie recently speculated (and fairly confidently) that Malcolm Turnbull will soon introduce legislation to allow retail investors to fund early stage companies without a registered offering document. He may do so – and we would not be the first. The Jumpstart Our Businesses Startups Act (aka JOBS Act) of 2012 opened up the crowdfunding space in the US.

In the context of liberalising retail access to markets and not conflating ‘sophisticated investors’ with ‘sophistication in investing’ – surely everyone makes poor investments! – the recommendations of the FSI could directly affect the 6 million Australians who own shares.

In the course of the inquiry, the FSI has received over 6,700 public submissions from banks, fund managers, regulators, individuals, lawyers, others. The FSI is as monumental a task to undertake as it is an event in Australian history – only two have preceded it: the Campbell Inquiry in 1981 recommended the floating of the Australian dollar, the Wallis Inquiry of 1997 recommended the establishment of APRA and ASIC as we know it.

The Murray Inquiry has big shoes to fill.