Private equity exits: to invest or not to invest? 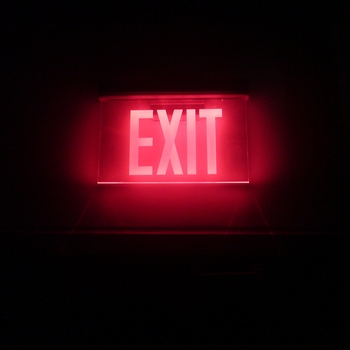 Not all IPOs are created equal. It isn't imprudent, considering recent events, to ask yourself: “If I buy shares in an IPO that represents an exit by a private equity group, will I be comprehensively done over?”

To judge by recent comments and the much picked over collapse of the Dick Smith Group, you would be, but the statistics indicate that in fact over the long haul, you would be better off actually backing PE exits than avoiding them.

That’s not just the opinion of the PE industry, which of course wants you to do exactly that, but also of a study by Deloitte called the 2016 IPO report.

So what’s the catch?

The catch is that the trend went the other way in 2015 so, as with many pieces of analysis, it all depends on what date you start from.

The AVCAL report, which was done in conjunction with Rothschilds, is only looking at the bigger end of the market, with a minimum offer size of $100 million, but it concedes that during the 2015 calendar year PE exits could only manage a return to investors of around 13.3 per cent, against 19.3 for IPOs that did not involve private equity.

Deloitte is more independent but arrives at a similar conclusion. It notes that the two biggest floats of 2015 were both PE exits, being Link Group and MYOB, with the former ending up 17 per cent ahead and the latter down 11 per cent, which can’t have helped the numbers.

On a weighted average return basis, which gives more weight to the bigger offerings, the numbers were even less exciting at plus 9.4 per cent for the PE exits, against 18.9 per cent for the non-PE exits.

So 2015 was a dud year for PE exits, particularly as such exits have actually outperformed the others by 15 per cent if you go back to when the IPO market came back to life in 2013.

To be specific, since 2013, PE backed IPOs have achieved an average overall return of 40.9 per cent and a weighted average return of 26.4 per cent, which beats the opposition by around 15 per cent and 8 per cent respectively.

This is where the tough realities of the market should kick in. If PE vendors got a name for themselves in 2015 for being too greedy as sellers, justified or not (and on those longer frame numbers they’re not) then they always have the option of lowering their price expectations.

And they’re not going away, nor should they. The Deloitte report notes the 16 PE exits in 2015 represented 46 per cent of the year’s IPO raisings by market capitalisation. What’s more, three of them, Appen, BWX and Baby Bunting, turned in some of the best performances of the year, being up 230, 138 and 70 per cent respectively.

So let’s not write off PE exits as a legitimate asset subset for retail investors. The moral of the story, as with all IPOs, is for the investor to look hard at what’s being offered, read all the information available, particularly any independent research and analysis, and make a measured decision.

The problem, as with anything that’s in high-demand, is getting access to these IPOs. OnMarket runs a campaigns feature and has recently added a number of PE-backed IPOs that are rumoured to be considering a listing soon, including Bravura Solutions, Canberra Data Centres, Powerwrap, and Scottish Pacific. If you’re keen to get a look in, get your vote to OnMarket to up your chances.

We can’t undo the past, such as reassembling the wreckage of Dick Smith, but it’s also worth noting that selling assets is a necessary part of the private equity process, rain or shine, and that’s not going to change.