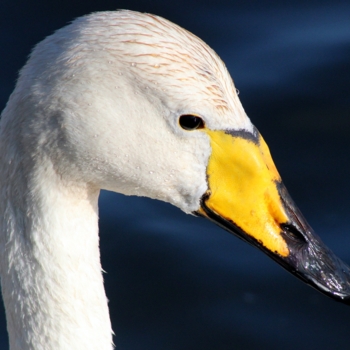 Every time I read about Black Swan events I smile and remember a visit a few years ago to Meetung in Victoria’s Gippsland, where almost every bird on the lakes was a Black Swan. Thousands upon noisy thousands of them.

It’s an interesting concept. Wall Street trader turned finance guru Nassim Nicholas Taleb was basically stating in his book “The Black Swan: the Impact of the Highly Improbable” that you have to assume events are going to happen that you entirely failed to prepare for.

That was a nod to the fact that until the early explorers of Australia came across Black Swans, they were regarded as a practical impossibility, like unicorns.

As with the flock on the Meetung lakes, those unexpected Black Swan events are here to stay and they are becoming more common.

Yes, Brexit of course, followed by Malcolm Turnbull’s one-seat narrow squeak win in the July Federal Election, and you might as well throw in Pauline Hanson’s reappearance in the Senate, like Banquo’s ghost, after a 12 year absence.

And now we have Donald Trump’s largely unexpected success in the US Presidential Election. I note that the foreign editor of The Australian, Greg Sheridan, noted just before the election that “You can take it to the bank” that Trump was going to lose to Hillary Clinton.

That was a Black Swan event to top them all, and he will no doubt be washing avian excretions out of his hair for quite a while yet.

What’s this got to do with investing? It proves beyond any doubt that you should never assume any sequence of events as a basis for your investing decisions.

If you usually make your plans logically, the often illogical outcome of actual events may make life even worse.

The Brexit vote made no sense in many ways, but was clearly the exercise of a protest vote against a number of factors such as high immigration, not that many of the Brexiteers would have admitted to it.

Malcolm’s mishap was more conventional in style, an incumbent government losing a bit of altitude, while Pauline Hanson’s dramatic reappearance can be sheeted home to the simple arithmetical fact that in a Double Dissolution election, the quota of votes required to obtain a Senate seat is halved.

For all that he played down the growth of the cross bench in the Senate, that was something of an exploding cigar for our embattled PM.

But almost no one was ready for a Trump victory: even Donald Trump himself, as some reports suggest. In the same way that Boris Johnson never seriously expected to win the Brexit vote, Trump was always more interested in the campaign than the consequences, and reportedly sat stunned in his first meeting with President Obama when he found out he’ll have to staff the White House from scratch.

We still don’t know what the economic impact of his election will be, except that any move to rebuild US infrastructure is going to put pressure on the already stretched Budget and on interest rates. If anything, the Fed will move to lift rates more rather than less quickly.

If anything, you should invest as widely as you can without spreading yourself too thin, to minimise the impact on your portfolio when unexpected outcomes come flying in from left field.

There is one interesting consequence of all this that may benefit retail investors, meanwhile. As I regularly point out, it’s hard for normal mortals who are not classified as Sophisticated Investors to get set in new floats, which just happen to be the best performing sector in our share market.

Too many floats appear and disappear without the retail sector getting a look in, because investment banks with lead roles usually favour their best clients with allocations in popular floats, rather than go to the expense and effort of making the shares more widely available.

You probably don’t think of yourselves as firebrand protestors (and most particularly not as Trump supporters).

But in this world where the people who are feeling left out are enjoying a feeling of empowerment in being able to upset the political apple cart, it would be good if it was only a matter of time before public pressure caused the rules to be changed to allow a fairer allocation of stock in new floats.