Medicinal Cannabis: More than a high 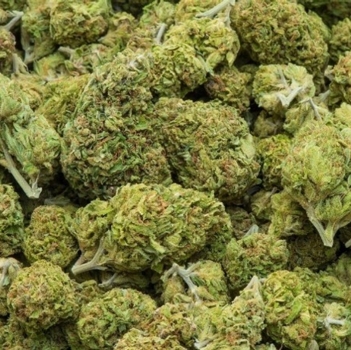 We all know about the psychoactive properties of cannabis and attribute its reputation to this, but the cannabis plant is much more than just a drug used to get high.

Historically, the cannabis plant has been used for a wide range of purposes from medicinal and recreational to making clothing and other personal items. As laws have fluctuated around medicinal cannabis from complete bans to controlled restrictions, so has its use.

Now, medicinal cannabis is on the rise and the industry is booming as laws surrounding growing, processing and transportation of the drug begin to ease worldwide. But what are the benefits of cannabis from a medical perspective and are all patients high?

Cannabinoids are the active element of the cannabis plant that gives it its medicinal properties. Cannabinoids are chemical compounds that act on cannabinoid receptors found throughout the human body: nervous system, internal organs, connective tissues, glands and immune cells, collectively referred to as the endocannabinoid (eCB) system.

The eCB system has a homeostatic role, having been characterised as “eat, sleep, relax, forget, and protect.” It is known that eCBs have a role in the pathology of many disorders while also serving a protective function in certain medical conditions. The eCB system is involved in the regulation of many physiological processes including pain, mood and appetite.

There are two main cannabinoids that interact with the eCB system to influence these psychological processes; tetrahydrocannabinol (THC) and cannabidiol (CBD). THC is responsible for the psychoactive properties of the cannabis plant, while CBD is a non-psychoactive compound that has physical effects on the human body.

Formulating differing ratios of THC and CBD in medicinal cannabis products creates the potential for a variety of medical applications in humans.

What is medicinal cannabis used for?

As outlined above, medicinal cannabis has benefits for broad range of mental and physical health problems. In its early stages of research, development and prescribed use, the Therapeutic Goods Administration (TGA) has provided guidance for the use of medicinal cannabis in the treatment of various diseases and conditions. These include:

TetraMed is set to disrupt the booming medicinal cannabis industry by developing a cannabinoid medicine in tablet form. This will provide even dosages at a low cost for patients whilst providing them with a familiar method to administer the drug.

TetraMed’s equity crowdfunding offer is now open via the OnMarket platform. TetraMed are raising up to $1.05 million with a minimum bid size of $420.

Invest in TetraMed now at OnMarket and gain access to the booming medicinal cannabis market.