Locking the public out of IPOs 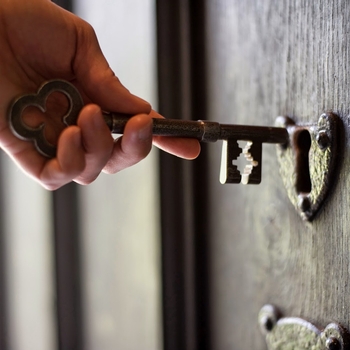 It’s a weird situation out there at the moment for individuals who invest in new sharemarket floats, with the floats themselves going very well but with the prospect of a change in ASX’s listing rules coming down the pipe that could make life harder for them.

Back on May 12 ASX issued a consultation paper which it says is designed “to maintain and strengthen the reputation of ASX as a market of integrity and quality”, highlighting a tightening up of the rules to encourage the listing of bigger and better resourced companies.

It’s understandable that our market manager doesn’t want a run of dud floats on its hands, but history tells us that size is no guarantee of success. Witness Dick Smith, Wellard, RAMS, Intueri Education Group, Vocation, or McAleese.

Buried deep in the paper are much more controversial proposals whose effect would be to make individual and self-directed investors’ access to new floats even harder than it has been already.

A reduction in the required shareholder “spread’ of small companies would mean that investment banks would be even less keen than before to offer stock widely.

Since then the introduction date of this rule change has been moved back from September 1 to December 19, the latter being a date when most people are occupied elsewhere.

That’s probably just unfortunate happenstance but it’s worrying because there’s a Joseph Heller, Catch-22 element in that the intention appears to be to actually reduce the number of independent shareholders that a company needs to have, with bigger floats requiring fewer shareholders.

For instance, if the “free float” of tradeable shares in a company is worth less than $50 million, there must be at least 200 non-affiliated shareholders with holdings worth more than $5000 each.

The old rule was that here had to be more than 400 shareholders altogether with holdings of more than $2000.

It’s not comparing apples with apples, given that the old rules referred to the overall issued capital rather than the “free float” of stock,

Meaning, the bigger the company, the fewer shareholders it requires. The old rule required 350 shareholders with a minimum holding of $2000.

There’s nothing out there to say that ASX Ltd is definitely going to put up these notions as a rule on December 19 but there’s nothing to say they won’t, either.

ASX ltd has said it was a consultation paper but there doesn’t appear to have been a great deal of consultation going on, given the amount of time that’s elapsed since the proposal was put up in May.

As Attorney General George Brandis is learning to his chagrin, “consulting” means asking someone’s opinion then taking it into consideration before making a final determination. There’s been a rash of submissions pointing out to the ASX that reducing shareholder spread isn’t fair to individual shareholders.

To date there has been no feedback from ASX about what it plans to do.

It’s an iron rule of new floats that unless instructed otherwise, the joint lead managers will allocate stock to the smallest possible number of shareholders, to save on costs.

The only big equity issues that end up being offered widely to investors are either privatisations where it’s very important to make taxpayers feel involved, or where the appetite of institutions won’t soak up the amount of stock being issued.

It’s a painful fact that none of the IPOs over $40m last year - apart from the listed investment companies - had a general public offer.

That’s not ASX’s fault but it’s also true that they are introducing new rules that will act against the introduction of smaller floats.  Ironically, the recent smaller floats have been doing extremely well for the investors who did manage to get a stock allocation in them, and on average over the last 10 years, have outperformed larger floats in their first year of listing.

The people at OnMarket, who believe emphatically in making new issues as widely available to investors as possible, note that in the third quarter of 2016 IPOs significantly outperformed the broader share market, with the average gain on the 24 companies which listed on the ASX reaching 28.2 per cent, a dramatic outperformance over the S&P/ASX 200, which returned 3.9 per cent.

And that’s no flash in the pan. In the first three quarters of calendar 2016 the average return from the 58 companies which had listed on the ASX by September 30, 2016, was 27.2 per cent.

Conclusion? At the moment there’s something of an inverse correlation between the sharemarket performances of big and small floats, with the latter coming out well ahead.

Of course it’s in the interest of the OnMarket people to make floats as accessible as possible, and historians will tell you that the original purpose of listing companies on the share market was not only to raise capital but also to spread the investment risk.

It’s a frustrating business standing on the sidelines waiting for a ruling that will dictate a major element of how accessible forthcoming floats will be to retail investors. Let’s hope the people making the decisions remember what the equity market has historically been there for.