How to keep your investments liquid and make a great return 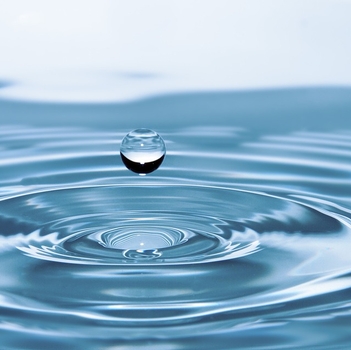 When you’re investing your own money it’s important to stay liquid. That sounds as though you should be lying on an air mattress in a swimming pool somewhere sunny, and good luck to you if you can.

But what I’m talking about is making sure you have access to some money, some liquid cash, when you need it.

Superannuation’s a wonderful concept but unless you are retired it’s very much a “hands off” proposition, since the Government has designed the system as a savings scheme that members can’t actually access until they are 55 at the earliest, unless they can prove they are in a special situation such as needing the money after a career ending accident.

What’s somewhat worrying at the moment is that a lot of people of working age are deciding that property is by far the best place to be.

Certainly it’s a great long term bet. They say that for the first seven years after you buy an investment property you’re effectively going backwards because you’ll be lucky to get a return of four per cent a year once you’ve maintained the place and paid the agent.

If you can be relatively certain you won’t need to access the funds you have got tied up in the property, it makes perfect sense to be a property investor, particularly given the generous way negative gearing works. That allows you to knock the interest and repair costs off your gross earnings before you pay your annual tax bill.

There’s a slight chance that great benefit will be removed by a future government but the bigger risk in property is finding yourself a forced seller when lots of other people are in the same boat.

There are two possible scenarios to prepare for here. One, a recession, when thousands of people find themselves out of a job. We haven’t had a recession now in Australia for over 15 years but if that does happen, highly geared investors (people who’ve borrowed a lot) will be forced to sell, or cash out.

The other is rising interest rates, which happen when things are going well in the economy. That’s not so likely at the moment, with the official Reserve Bank interest rate having been cut this month to an historic low of 1.5 per cent, but they won’t stay low for ever.

Moral? Very few of us can ever be absolutely sure of their job but at least we can be careful about not borrowing too much.

When interest rates are low borrowers can often focus more on how much they are allowed to borrow, than on how valuable the asset is that they’re buying. Bear in mind that if things turn bad, a buyer offering $600,000 for an asset you paid $700,000 for is profoundly uninterested in how much you owe, except to realise how desperate you are as a seller

There are ways to stay liquid, meanwhile.

Number one is cash, of course. But just remember you will be lucky to earn two per cent. In a deposit account. Fixed interest investments such as term deposits “TDs” will pay a little more but you usually have to lock up your money for that privilege.

Which brings us to shares. Yes, they can go down as well as up but the stock market is highly liquid…you can buy and sell shares any day the ASX is open for business, which is all weekdays except public holidays.

And here’s a statistic for you.  Companies that are joining the market, or being floated, tend to have to issue shares at a slight discount. And the returns at the moment are so far ahead of most other investment categories that you have to look at the numbers twice.