How do you make decisions about which shares to buy? 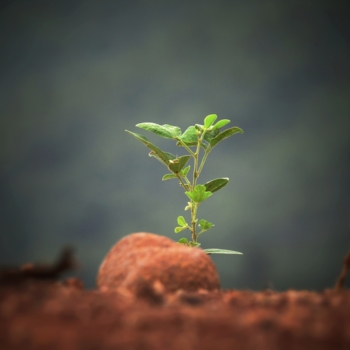 If you ever wanted to find an investment topic that proves investors’ decision making is scarily random, this one might be it.

If you’ve got an investment adviser you’re probably ahead, since it’s their job to guide you.

But only one in five Australian adults has an advisor and they’re not all perfect. Most particularly, some of the big bank-owned advisory groups are still pushing savers towards bank-provided products, even after all the scandals such as CBA and Macquarie.

That will eventually end when the effects of FoFA (Future of Financial Advice) finally dominate the advice business. As it stands, commissions are still payable to advisers on present and future business on accounts set up before July 1 2013, due to an arrangement known as grandfathering.

That’s a topic for another day but we are at least gradually moving onto a more level playing field when it comes to advising on direct equity investments.

What about getting a stockbroker? That sounds like a very last century idea but don’t dismiss it. There are two types of broking business: execution-only (such as CMC Markets and nab direct), and full service.

With the latter, you pay a higher rate of commission but you get advice from the broker, usually a private client adviser that could get you ahead financially a fair bit faster if you’ve got a good broker.

So how come they’re not caught by the relatively new FoFA rules against conflicted remuneration?

They got what’s called a carve-out, an exemption from those rules, which is actually fair enough since you know very well that a private client adviser has to make a living somehow. If they give you good advice, you will keep paying commission, and if they don’t, you will go elsewhere for advice and they will lose a client and an income stream.

That last point is particularly relevant since most private client advisers are self-employed to a degree, paying a proportion of their gross revenue to the broking house where they work, in exchange for a desk, a phone and most importantly, access to research.

But don’t private client advisers “churn” clients, popping them into and out of stocks at a startling rate and clipping the ticket each time a trade goes through?

Again, an informed investor should be able to work that one out pretty quickly. They used to joke (maybe still do) that a stockbroker is a person who takes your money and invests it until it’s all gone, so they know they have to provide  their clients with relative outperformance (as in, beating the overall market or as they say, adding alpha) or lose their business.

Back in the old days you only had full service broking but there’s now a cornucopia of mainly online advice services available that stand quite independent from the execution-only stock trading services.

What that means is that many more investors than previously are finding themselves self-directed, and that’s a very good thing.

Having your own private client adviser is turning into something of a rich people’s game, because the advisers can’t make much money on making the occasional trade for smaller clients, preferring to service a stable of clients each holding a minimum stock portfolio of, say, $200,000.

So where does that leave a normal mortal with a more modest portfolio and a keen desire to catch up?

A few thoughts. One, sign up for one or two online sites, firm in the knowledge that such subscriptions are tax deductible.

Two, don’t just listen to anybody. Human nature being what it is, the person at the golf club talking stocks is almost certainly going to make the most noise about the stocks they own that have performed best, unless they are seriously self-deprecating. By the time they’re telling you about a stock, they may be looking to sell their own holding. That’s called talking your book.

Three, you could have a crack at as many new floats, Initial Public Offerings, as you can get into.

That is a notion that holds up very well against testing. The people at OnMarket calculate that over the last ten years, the average return from new floats on the first day of trading has been 15 per cent. That’s on one day only.

They can’t get you into every new float but they generally access around 30 per cent of them. The great benefit of that strategy is that you don’t have to choose the stocks: the scattergun philosophy actually reduces the risk you run if you only pick one or two.