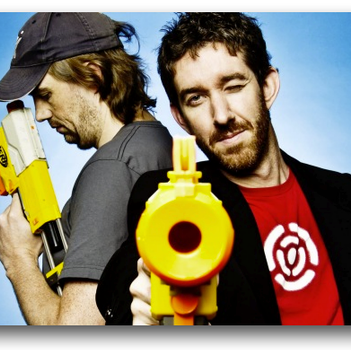 If you’re not looking at putting some money to work in the crop of new mainly tech-based IPOs coming onto the market, you are passing up what could be a significant opportunity.

Are we being inundated with technology floats?

That depends on who you talk to, and of course that question entirely evades the issue of whether they are any good.

Those of us who remember the dot com boom of 1999-2000 will inevitably throw an element of caution into our decision making but these companies are more than just an idea: several of them are actually making real money.

Another factor is that around one in five of the new companies seeking ASX listing are based offshore.

That’s not a negative. Two of the stocks whose IPOs closed in the last week, DroneShield [ASX: DRO] and 9 Spokes [ASX: 9SP], are overseas based and both closed off early because of solid investor demand. The first is based in the US, run by Australians, while the second is from New Zealand.

There are push and pull factors at work here. One push factor is that early stage funding for technology companies is actually hard to get in many countries, unless they go the hazardous and highly competitive venture capital route.

The other is that Australian investors are used to being offered shares that contain an element of speculation. Such as all those Perth based mineral explorers, most of which are now cheap but unappealing to local investors because of the low prices now ruling across most commodities.

And in a local sharemarket where blue chips are really only holding their own rather than moving forward, there’s a lot of appeal in looking at a sector where market performance has been strong…..such as IPOs.

In 2015 IPOs on ASX returned first day vendors an average of 12.1 per cent and if investors held on to the stock for three months they were up 17.7 per cent, according to Dealogic and OnMarket.

And the OnMarket First Quarter IPO Report noted that in the March quarter 2016 IPOs were up 1.3 per cent on the quarter, compared with a 5.4 per cent drop on the ASX200 index.

An issue with the current crop of IPOs which has no bearing on their intrinsic value is that they’re mostly small raisings, often between $5 million and $10 million, and that makes them hard to keep track of. We’re not talking BHP here. You’ve got to do a bit of homework, but that’s how it should be for investments.

An example of an interesting currently available IPO is Kyckr [ASX: KYK] which is lead managed by Foster Stockbroking and which is available via the OnMarket app. It’s seeking $8 million to grow an existing business.

It’s one of the offshore offerings, based in Ireland for the very reasonable reason that CEO David Cassidy is Irish.

It has a technology that allows official corporate data sources and lenders to get a real time “Know Your Customer” readout.

It’s a legal obligation in most developed countries now, to check on criminal records et cetera. But until now, the provider got a snapshot of the borrower’s situation at the start of the process and if the latter got marched off to jail halfway through the transaction, the provider would not be any the wiser.

KYK has built up a physical network providing real-time access to over 70 million legal entities, from 150 registers in 88 countries. Their products provide a significant competitive edge to their clients, dramatically decreasing the time to sign up new customers, whilst adhering to their KYC, AML (Anti Money Laundering) and CTF (Counter Terrorism Financing) obligations.

Bid directly into the Kyckr IPO via OnMarket. View an interview with Kyckr CEO David Cassidy and read research on the IPO opportunity via OnMarket.

That’s just an example of what’s around. It’s a business that’s already under way, it’s got a significant point of difference from other tech stocks and is merely seeking additional capital, rather than chewing cash to stay alive.

Conclusion? It’s still worth sticking to the notion of only investing in something you can understand. However, the tech sector is a sector that has immense potential, and any investor who’s not looking at some IPO exposure in this market is missing an opportunity.

Want IPOs delivered to your inbox? Join OnMarket now to receive a $500 sign up bonus to use towards additional shares in offers you bid for. Join OnMarket free today and never miss another opportunity.