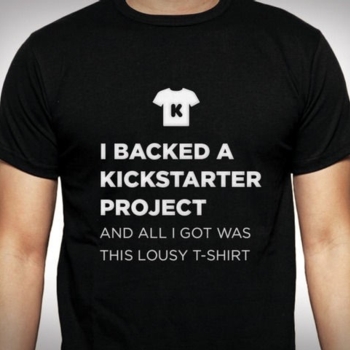 Palmer Luckey is the founder of Oculus VR and designer of the Oculus Rift, an innovative  virtual reality head-mounted display. The company is estimated to make about 10% of Facebook’s massive revenue by 2020.

However, Oculus Rift started from humble beginnings. It came to life on Kickstarter, a rewards based crowdfunding platform, back in 2012. By listing his impressive demo of the virtual reality headset on the crowdfunding site, Luckey captured the imagination of more than 9,500 people who collectively pledged $2.4 million – 10 times what he was asking for – to help make Oculus Rift a reality.

Under the Kickstarter model, backers contribute to projects because they want to see them made. The most they can expect to receive is a prototype of the finished product as a token of appreciation.  Back then, Oculus Rift’s incentive for raising its required funds was that backers who funded $25 or more would receive a T-shirt, whilst those pledging $275 or more would also receive an unassembled Oculus prototype pack – along with the hope of one day being able to buy the Virtual Reality headset in stores.

But then 18 months later in 2014, Oculus Rift in all its success was sold to Facebook for US $3 billion. Although at the time, Luckey didn’t have a finished working product, Facebook founder Mark Zuckerberg was impressed enough by the prototype to open his coffers. Both individuals explained the deal as necessary for taking virtual reality to the next level.

Such acquisitions are not unusual in Silicon Valley. What’s unique about Oculus Rift is that it started as a donation based project on Kickstarter. Many people who gave to the cause, and who are active on Kickstarter in general, knew that their financial backing of ideas is more akin to charity than it is to equity investment, but they were shocked and outraged in this instance simply because they felt like they had been used as bait to lure venture capital investors, who in turn orchestrated the sellout to Facebook.

The backers of Oculus Rift expressed their angry sentiments, feeling like they deserved more by helping to kick off Oculus’s success. Had Oculus Rift instead been funded through Equity Crowdfunding, those who had joined the ‘crowd’ would have been able to enjoy a share in the roughly US$3 billion windfall. For example, those who received a headset instead would have received a share of the company - a $300 investment would have resulted in a $20,000 payout (after accounting for subsequent venture capital funding.)