Boards Beware: Shareholders at the Gate 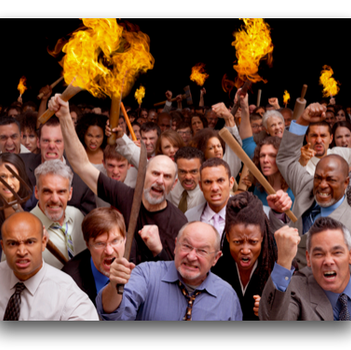 For directors, few aspects of governance are more stressful than capital management decisions.

You can be sure you will be watched closely not only by your shareholders, but also by those who represent them - particularly when issuing new equity or buying and selling assets. Best practice corporate governance and a sharp eye on duty of care obligations are a must.

Since the 2012 case of Transpacific Industries (ASX: TPI), no shareholder lawsuits have been filed on the basis of shareholders not receiving the ‘best possible price’ for their renounced shares. And although shareholders have in the past publically expressed their anger in protest of heavily dilutive placements, they have not yet taken a company to court. But the rapid growth of shareholder activism suggests that it isn’t so far-fetched to presume they could – and in the not too distant future.

Since the GFC, Australia has seen a steep rise in shareholder activism. In mainstream financial press, the upsurge has even been compared to the Arab Spring. In recent news:

Interestingly (or perhaps with foresight?) one of the worlds’ most prominent independent advisors – Lazard – have employed a Head of Corporate Preparedness who is tasked specifically with advising client companies on how to deal with shareholder activists. James Rossman, who currently occupies the position in New York City, recently told the ABC that the shareholder activism trend is “the biggest shift in the battle for corporate control since private equity was invented in the 1980s.”

The rise in incidents begs the question – how successful could these activist shareholders potentially be? If the US is any measure – overwhelmingly so. The Wall Street Journal reported that in 2013 US shareholder activists won 68% of their proxy fights – compared to 43% in 2012.

No Defence For Second-Rate Governance Outcomes

And in an environment where more shareholders are asking more questions more often, every board decision must stand up to the highest level of scrutiny. Where a board has chosen not to raise capital while minimising dilution and maximising returns, shareholders will ask “why not?”

It’s a question boards will need to have a good answer to.