ASX IPO Rule Changes – are retail investors to be worse off? 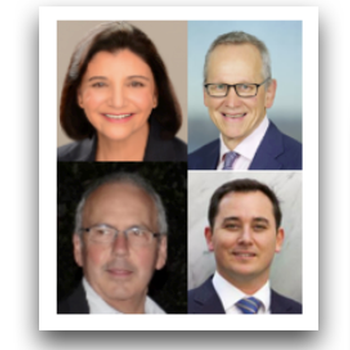 A last minute surge of protest has arisen against the ASX’s proposed reduction in the number of shareholders required for new floats, with several investment professionals making it clear that cutting back on that number will make it even harder for retail investors to get access to new floats.

VIDEO: ABC News coverage explains how it affects you.

Geoff Wilson, a former stockbroker who now runs Wilson Asset Management, queried the mooted proposal to cut back the number of shareholders from the current 300-400 depending on size, to 100 or 200. Wilson voiced his opinion in an interview with Share Cafe, “Philosophically, my view is that I want to see as many people as possible encouraged to get exposure to the sharemarket, in the fairest way possible.’’

ASX recently published a discussion paper aimed at reducing the number of shareholders and also increasing the minimum subscription in new floats from $2000 to $5000. The paper, entitled “Updating ASX’s admission requirements for listed entities” was originally welcomed by some people in the market, particularly the bigger investment banks which find it hard to get a spread of shareholders in smaller floats, but the protests have steadily grown as today’s deadline for submissions approaches, with both retail investors and industry experts alarmed at what they see as the de-democratisation that could follow such a move.

Robert Bladier, the former head of strategy at the ASX, who was there when the exchange was demutualised, said “The changes overall are going to be negative for the industry”. Bladier said “If you look at spread from the point of view of retail shareholders, it has to cut back on the number of opportunities for them’’. In an interview with Share Cafe he said he could not work out the proposal’s logic in cutting back on the number of shareholders required for a new float, while at the same time looking to see more investor cash put into new floats to make them more financially secure.

Diana D’Ambra chair of the Australian Shareholders Association in an interview with Share Cafe said in that in their opinion the proposed reduction in the number of shareholders is very low. D’Ambra said “We are not aware of any other well developed exchange, in fact any exchange in the world, where the minimum shareholder requirement is only 100 or 200 shareholders. We would see that this would be a very easy condition to satisfy quite easily immediately on day 1, and therefore there would be no real incentive for underwriters to look to other types of shareholders like small investors in order to fulfill those requirements. So we would see that this potentially could narrow the likelihood of small investors being able to participate, it is hard enough for them now”.

Petition to ASX against the changes

More than 1750 investors have so far signed a petition launched by the OnMarket group suggesting that there should be a minimum of 25 per cent of new IPOs reserved for retail investors, as occurs on neighbouring exchanges such as Hong Kong and Singapore. Under the existing ASX rules, companies planning to list must have between 300 and 400 shareholders, depending on how much of the company is held by related parties. The new plan proposed by the ASX is to reduce that required spread to 100 shareholders for big IPOs, and 200 for small ones.

Ben Bucknell, founder of OnMarket, an online platform that enables retail investors to bid directly into IPOs, makes it clear that such a move would reduce the already limited access of small retail shareholders to new floats. “Narrowing the shareholder spread as proposed by ASX would work against the interests of small shareholders when it comes to stock allocation. It’s most likely that no large IPOs would be offered to the public,’’ he said in an interview with Share Cafe. “That’s because the lead manager of the IPO would be able to find and fill the minimum number of 100 investors required from cashed-up Australian institutional investors, without going anywhere near the retail market. To give you an idea of just how unfair the situation is already for the Australian investing public, retail investors gained access to only 15 per cent of IPOs in 2014, the rest went to institutions,’’ he said.

“The ASX’s proposal to impose a minimum free float requirement of 20 per cent, which means that percentage must be owned by shareholders unrelated to the directors of the company, does not address retail investors’ lack of access to IPOs, as under that rule the free float could be offered entirely to institutional investors,” he said.

Portion of IPOs reserved for retail in Hong Kong and Singapore

Mr Bucknell likes the system of reserving stock in IPOs exclusively for retail investors that exists in Singapore and Hong Kong, “The ASX should follow the lead of the Hong Kong Stock Exchange (HKEx) and the Singapore Stock Exchange (SGX) where, in simple terms, a minimum of 25% of every IPO is reserved for retail investors if they want to bid” he said. “We want the ASX to introduce similar rules by reserving 25% of every IPO for the 5.94 million-plus Australians, or approximately around one-third of the adult population, that own shares directly. Unless a percentage is reserved for ordinary Australians, they will continue to miss out on the opportunity to bid in most IPOs. This recommendation is the best way to ensure that all Australians have a reasonable opportunity to participate in the wealth generation process of IPOs and encourage share ownership”.

Voice your opinion to ASX

The ASX consultation period ends at the close of business on Friday, June 24. Investors who are worried about the possible impact of these proposals are encouraged to sign the petition calling for fairer access to IPOs for retail investors.

The ASX has asked for feedback on the proposed IPO rule changes. Retail investors are encouraged to send to their opinion about the rule changes, click this address for prepopulated email: regulatorypolicy@asx.com.au