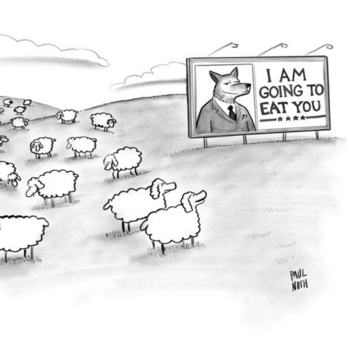 The golden era is well and truly over for Australia’s major banks. After decades of dominating the nation’s finance sector, their long-held position of power is under threat. Anti-bank sentiment among consumers is widespread, and innovative new competitors are offering alternatives to the traditional banking system.

The findings of the Banking Royal Commission have left the public angry and disillusioned after revelations of cynical over-charging and under-delivering by our biggest and once most trusted financial institutions.

Bloomberg’s recent headline "The Dirty Banks Down Under" shows the reputational damage is not just local, it's a global phenomenon. Together with other scandals such as the Commonwealth Bank money-laundering charges that saw Australia’s largest bank fined a record-setting $700 million this year, has led to the Sydney Morning Herald speculating recently that Australia seemed to be reaching “peak banking bad’’.

But disenchanted consumers and global reputation are not the banks’ only problems. A new wave of disruption from ‘’anti-banks’’ such as mobile-only neo-banks, peer-to-peer lenders and new digital currencies has arrived, threatening to steal the big banks’ lunch.

Cryptocurrencies such as Bitcoin have caught the public’s attention, although so far they have proved a wild ride for investors with big fluctuations in value.

However innovators such as Australian fintech SendGold are providing other more stable ways of storing and transferring wealth digitally. SendGold gives investors the ability to own physical gold and yet manage it digitally, including using as a currency for peer-to-peer payments around the globe.

This combines the appeal of physical gold, trusted for thousands of years as a store of value and hedge against currency fluctuations, with the frictionless convenience of digital payment solutions.

SendGold stores investors’ gold bullion in high-security vaults in Australia, but by using the SendGold mobile phone app they can transact with it instantly and internationally. This includes buying and selling gold, using it as payment for goods and services, or cashing it out at any time into a bank account.

The service is being rolled out around the globe, and is already live in various forms in Australia, India, New Zealand, China, Vietnam, Indonesia, Hong Kong, Singapore and the Philippines and as of next week, South Africa.

“We are not ‘anti-bank’ ourselves”, says Pey. “In fact our app is fully integrated with the world’s banking system through our bank partners.

But gold itself has definitely always been considered ‘the anti-bank’ in that it doesn’t need a bank or a government in order to maintain its value. We’ve simply made it useful as money again.

Pey says traditional banking systems and currencies have not kept pace with the simplicity and speed of the global mobile internet.

“Bank currencies are stuck in their national silos, with all kinds of friction and fees and delays between countries,” Pey continued.

“Gold is appreciated and accepted around the world, and so it makes a nice friction-free way to do global commerce.”

Another financial innovation is equity crowdfunding, which only started in Australia in January this year. SendGold has embraced this new capital-raising channel to give retail investors an opportunity to own part of their company. Investors who bid before 31 August 2018 will receive an invite to SendGold’s World First Gold Rush across Australia’s top 25 towns/cities in 4Q.

SendGold’s equity crowdfunding offer is currently open via the OnMarket platform. SendGold is targeting a minimum raise size of $500,000, and a maximum of $2 million. The minimum bid size into the offer is $250. Invest now at OnMarket to own a piece of this company that has turned gold into accessible, peer-to-peer digital money.