A new trend in superannuation contributions 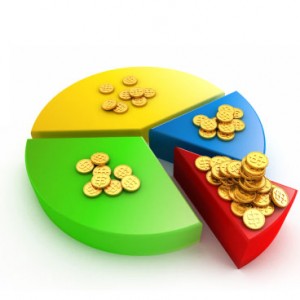 There’s a worrying new trend happening in superannuation that no one seems to have noticed: the amount of post tax money that Self Managed Super Fund savers have been putting away was approximately 10 per cent lower in the June quarter 2016 than it was in the same quarter last year.

That came out in regulator APRA’s quarterly superannuation statistics, published in late August.

So what’s going on?

That’s easy: the decision to pull back on making non concessional contributions, as they are called, must have been based on the government’s proposal to impose a lifetime $500,000 per person limit on those contributions, using July 1 2007 as the start date for calculation.

This is what happens when there is uncertainty around, and no one measure in the government’s proposals to change the tax treatment of super has aroused as much uncertainty and controversy as the $500,000 limit.

The proposal’s critics have a solid point in claiming it is retrospective because it penalises people for measures they have already taken, in this case to set aside money for their retirement.

Even Bill Shorten and Labor, who otherwise like the proposals more than some on the Coalition’s backbenches, tend to agree.

Not everyone can do it, given that employers’ compulsory super contributions seldom get much further than half way to that level, but it’s a firm hit with the over 50s as a way of making up for those years when super wasn’t compulsory.

So in the absence of any further illumination, they are going hell for leather to put aside the maximum they can of pre-tax income into concessional contributions before the gate is lowered slightly on July 1 next year.

(By the way ASFA, the umbrella body for super funds, thinks cutting back those caps is a bad idea).

You can thank capital growth for that, rather than contributions, since the overall total of money being contributed to super funds of all types was actually down by 0.3 per cent from $104.1 billion to $103.8 billion.

Given that the only funds not regulated by APRA are SMSFs, overseen by the Tax Office, that means the SMSFs’ share of the contribution pie has to have shrunk.

A sharper analytical mind than mine has crunched the numbers to work out that it’s the non concessional contributions that have borne the brunt of the savings strike.

Not that it matters a great deal, in the long run, whether contributions are being taxed or not.

What’s most important is that those contributions should keep being made because any reduction in the big mass of self financed retirees’ account balances and income streams will essentially have to be made up by the Government in Age Pension payouts.

It’s not quite a zero sum game, but almost.