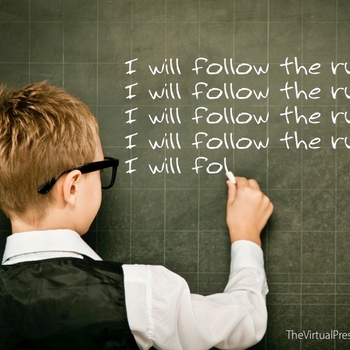 When it comes to being a successful investor, what are the key rules that you should stick to through thick and thin?

For any investor, there are many common pitfalls to building a portfolio of assets, but by following these five rules below, you'll create the best opportunity for gains and limit your losses.

The first rule is easy, and one that we hear about all the time--that is, diversify. All that stuff about eggs and baskets is absolutely true.

By having a series of small bets running simultaneously you minimise the likelihood of a really bad result.

Even when you only have a small amount to invest, you need to diversify. How?

Over time, one of the best performing asset classes is shares, especially for those on lower marginal tax rates, who benefit the most from the franking of dividends (see Rule 2 below).

Shares are easy to buy and sell and there are a variety of different share types, depending on your risk appetite and goals.

There are growth shares, which don't pay much of a dividend but whose prices rise solidly over time.

There are dividend-yielding shares, which work well for retirees because of the tax-free benefit of fully franked dividends, and also consumer staples, often called defensives, because they hold up well in the bad times.

And let's not forget new issues, known as initial public offerings (IPOs), where a company sells its equity to the public for the first time.

A careful crack at a few new floats isn't the worst way to find out how the stock market operates.

The Australian IPO market delivered strong gains in 2016, with returns from the 96 companies listing on the ASX striking 25.4 per cent, a strong outperformance of the S&P/ASX 200 of 17.9 per cent, according to a new barometer, the OnMarket 2016 IPO Report.

So, diversifying into IPOs can be a great wealth generation strategy.

The tax system encourages share ownership. Franked dividends have a franking credit attached to them which represents the amount of tax the company has already paid.

So, if a company has already paid tax on its profits (from which dividends are paid) at a rate of 30 per cent, then shareholders don't have to pay tax again on those dividends.

That means that if a bank, for example, is paying a fully franked dividend yield of, say, 6 per cent on its shares, the return for investors might be as high as 8 per cent after you get a tax credit from the company for tax already paid on that dividend.

The most popular shares in Australia for this are the big four banks and Telstra (TLS), offering yields between 5 per cent and 7 per cent.

That's a very decent return, and the bonus is that Telstra shares are considered defensive and such securities tend to hold their value even if there is an economic downturn.

Rule 3: Don't overstretch yourself on property

Don't overstretch yourself on property when there's a chance interest rates will rise.

That's where we are at the moment--interest rates are at historic lows and that has been exciting investors who have been buying up property.

Rates aren't going to go up much any time soon, but when they do, so will mortgage repayments--and property prices could fall.

Rule 4: Think with your head, not your heart

A golden rule is not to get emotional and sell off assets when the market drops. Stay calm and think before you press the sell button.

If you have a portfolio that you bought when you were in a calm and rational state, then stick with it when markets are volatile.

A market crash could be the worst time to sell because you may seal in losses. Also, this is when bargains emerge so it may in fact be the best time to buy.

In contrast, when markets are rallying, that's the best time to sell and take profits before they evaporate, rather than following the pack and buying up overpriced shares.

Find out how the share market works and bear in mind that the costs of buying and selling shares are lower now than they have ever been in Australia, thanks to the rise of online trading.

Focus initially on buying shares that won't suddenly let you down. Don't go for anything that looks too good to be true, as it usually is.

See which online advice and market access services are available and sign up to them. Some are free, while others provide several different levels of information and may charge subscription fees. Check out this blog post for more information: 5 investment tools that I can’t live without

If you liked this blog you may also like: 4 types of stocks everyone should own