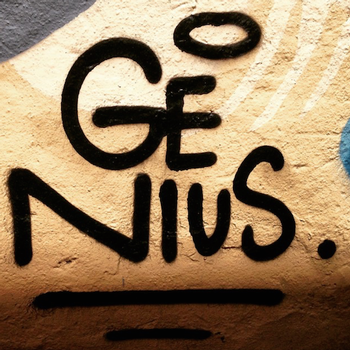 Do you ever wonder how to get involved in sharemarket Initial Public Offerings (IPOs), but are too afraid to ask?

Almost all Australian workers are in the sharemarket nowadays via their superannuation but if you want to take a more active role in saving for retirement, you should know how the market works.

Why? Because careful sharemarket investment remains one of the best ways to get ahead long term.

Property is great if you have a long timeframe and no risk of having to sell in a bad market, while leaving money in the bank isn’t a serious option at the moment, with interest rates so low that you would be lucky to stand still.

Having some shares helps you diversify, particularly if they are in new floats.

What is an IPO?

New floats or Initial Public Offerings (IPOs) occur when the management of a company wants to raise money to grow it, rather than borrowing from the bank. Alternatively, the government might be selling down a business that might be going fine but is “non core”.

That’s called raising equity and investors will happily subscribe for shares if they believe the share price will go up, and that the company might also be able to pay dividends twice a year.

Australian tax law is kind to dividends from companies that have paid local tax already, so a retiree owning a share that’s paying a fully franked dividend (as they are called) will get an extra return that could for instance lift the payout on a bank share from 6 per cent to 8 per cent.

But isn’t there a risk in buying shares and new floats? Yes, particularly with smaller stocks and mining explorers, the latter being known as speculative stocks.

Four IPOs that have returned over 1000%

But here are some statistics to show that if you buy shares in a good company and hold them long term, the returns can be massive.

Take Commonwealth Bank. When the government privatised it in 1991 investors paid an average of just under $6.75 for each share they bought, and they are now worth more than $75 each.

Leaving aside for a moment the nice dividends they have been paying twice yearly since then, original investors are now up more than 1000 per cent on what they subscribed.

That’s one of the best known examples of a good long term investment (it would have beaten all but the canniest real estate coups) but it’s by no means a freak.

How about CSL, the old Commonwealth Serum Laboratories? That operation was privatised, as they call it, in 1994 at just under $2.50 a share and they are now worth just over $113.

How good’s that? That’s what’s called capital growth of 4,470 per cent and again, we haven’t even included dividend payouts along the way.

That’s two government sell downs, most of which tend to be underpriced to keep the voters onside. But they’re not the only winners.

Just sticking to companies most people have heard of, how about hearing specialist Cochlear Ltd?

That stock came onto the Australian Securities Exchange (ASX) boards at $2.90 a share in 1995 and they are now worth a bit over $125 each. To be specific, that’s a price lift of 4261 per cent, again ignoring the many dividends they’ve paid out.

Add those dividends to the capital gain and you get a number called Total Shareholder Return which would therefore be even higher than that.

So it’s a Get Rich Quick scheme? Emphatically no. The managers of these businesses obviously like it when the share price goes up, particularly as they get some of their remuneration in shares, but they’re not looking for a flash in the pan so much as a business that grows steadily, with as few nasty surprises for shareholders as possible.

That rising share price will then make it easier to take over other companies or raise further equity.

One more example for you. You know TPG, the communications company?

That listed in May of 2001 at an average price just above 23 cents a share and those shares are now worth more than $12 each.

That’s had the biggest percentage climb of all at 5,105 per cent.

Take the good with the bad

Those are of course some of the best examples of sharemarket performance, and they aren’t all as good as that. Some shares go down rather than up, particularly mining shares during times of low commodity prices such as now.

New floats have had an excellent record in recent years, not least because once a share goes from being unlisted to listed, its owner can then sell it on the sharemarket in the normal way.

The other reason is that to persuade investors to take a chance on a stock that may not have an earnings record, the managers of the float have to offer the shares at what they know to be a discount.

Over the last 10 years, the average first day rise for all newly listed shares on the ASX was 14.9 per cent.

That’s in one day, not one year.

If you liked this article you may also be interested in:

4 types of stocks everyone should own