1 Year of Opening Up IPOs to All Investors 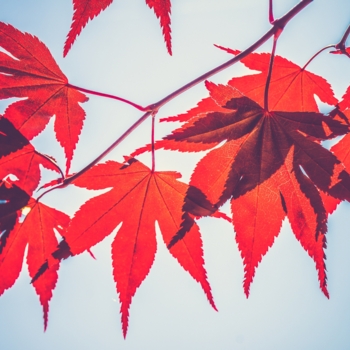 And he was right. It’s always a risk for a politician to stand up and cheer for an innovation, given how many bright new ideas hit the rocks of reality and disappear for ever.

IPOs have delivered significant financial benefits to the people who could get access to them. As at the end of October, the 69 companies that have listed on the ASX returned an average of 29.6 per cent. OnMarket gained access to 1 in 3 of them.

It is very hard for a retail investor to gain access to more than a handful of new floats. OnMarket has now made that much more possible than before.

Ben Bucknell, founder of OnMarket, stresses that for all the talk of transparency, access for retail investors remains a problem.

“Larger IPOs of more established businesses are pre-sold to institutions and exempt sophisticated investors prior to the prospectus being lodged with ASIC,’’ he said. “When this happens there are no shares left for retail investors.’’

The Prime Minister made another telling point back a year ago when he noted of fintech that “I think all of these technologies put pressure on financial institutions. And the people in the financial services sector are constantly having to work harder to justify the charges they make”.

Clearly the big investment banks remain firmly attached to one of the few areas where they enjoy major market power, but public pressure has been building to make access to new floats easier.

A recent discussion paper by market manager ASX Ltd canvassing the notion of requiring fewer, rather than more, investors in new floats attracted more than 2,000 submissions.

It’s worth noting that last week ASX basically opted for a model that requires at least 300 shareholders with a minimum holding worth $2,000, which was a much wider “spread” than ASX originally mooted back in May.

Relative outperformance is another source of shareholder pressure for better access.

New floats have been going particularly well in the last two years, and the latest numbers indicate that new floats have outperformed the overall market by about ten times this year, given that the ASX200 index is only up about 2.6 per cent.

Admittedly that does not account for dividends, which new floats seldom provide, but that performance gap is still very marked indeed.

What’s also clear is that technology is allowing a new generation of investors to get involved in the share market in a way that older investors are still coming to grips with.

Recent research by OnMarket indicates that younger, tech savvy people have no hesitation in bidding over their smart phone for new floats.

Gen Y investors, born during the 1980s and early 1990s, represent more than one third of OnMarket’s members. Despite being under 35, they make up 37 per cent of members, while Gen X investors aged between 35 and 44, make up 23 per cent. Not surprisingly, the older investors bid more per share issue, bidding an average of $7795 per issue while the younger ones bid an average of $4585.

Conclusion? Some more traditional aspects of the Australian share market may not be ready for younger investors, but those younger investors are clearly more than ready to join the discussion.

Especially if they find they can’t get decent access to the best performing sector of the equity market.